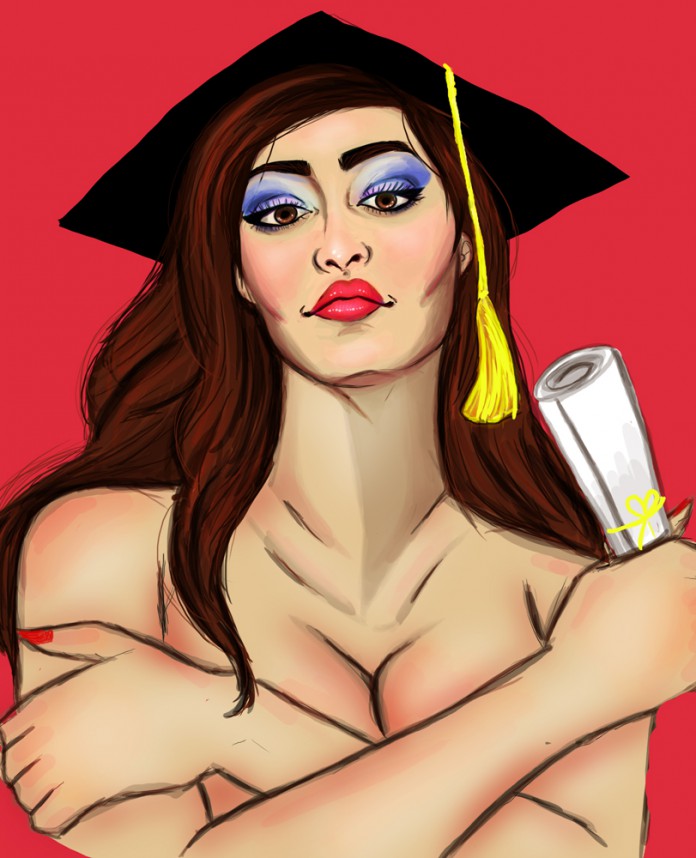 By this time, most of you have probably heard of Lauren*, the freshman at Duke University who decided to become a porn star. Her story has been shared thousands of times on Facebook, and top online media outlets, from Forbes to the Huffington Post, have shared her story. However, much of the attention Lauren has received has been negative or harassing. In addition to the 230 Facebook friend requests she’s received from male students, she has been hounded on CollegiateABC. One anonymous commenter wrote, “I don’t ask her to censor her behavior. I’m just making fun of her for being a huge slut.”

Throughout the world, sex is statistically more risky for women than for men; University of California, Santa Barbara’s own Human Sexuality class shows us that women have almost twice the risk of contracting an STI than the average heterosexual man. Women also have the added worry of pregnancy and a higher risk of sexual assault. This, of course, probably factors into our society’s repression of female sexuality. However, condoms, oral contraceptives, and comprehensive sex education have addressed many of these problems. The Journal of Adolescent Health published a study in 2012 that shows that comprehensive sex education actually delays sex. And yet, abstinence-only education is still prevalent, sending the message that sex is not something to be enjoyed and explored, but something to be restricted and regulated.

American culture has been strongly shaped by the Puritans, a group of people who believed in sexual repression and abstinence. These ideals show themselves in the sharp contrast between the normality of full nudity on European television, and the scantily clad—but often still clothed—actors on American channels. And here is where a problem arises.

As humans, we are designed to want sex; our bodies are hardwired to seek it to pass our genes to the next generation. Because of this, a climate of tension is created. There’s a clash between instinct and learned shame. When an individual like Lauren tapes herself performing a sex act, she is essentially disregarding the ban on open sexuality in our culture, and disregarding the shame we (and in particular, women) are taught to have about being sexual. We expect Lauren to feel ashamed and degraded by sex, particularly public sex; instead, she feels proud, and that can be disorienting for those brought up with American cultural ideals.

With her videos, she forces viewers to confront their values. Lauren shows that it’s possible to be empowered by sex when all other sources send the message that empowerment and sex don’t go together. Many of the anonymous commenters are trying to bring their world back to equilibrium by bringing shame on her themselves.

Lauren has the potential to be an icon for social change; she is a woman who feels empowered by sex, even in a culture built on centuries of repression. She chose to express her sexuality in a way that fits her, and that should be applauded.

*The name given by Katie Fernelius of the Duke Chronicle to protect the student’s privacy.