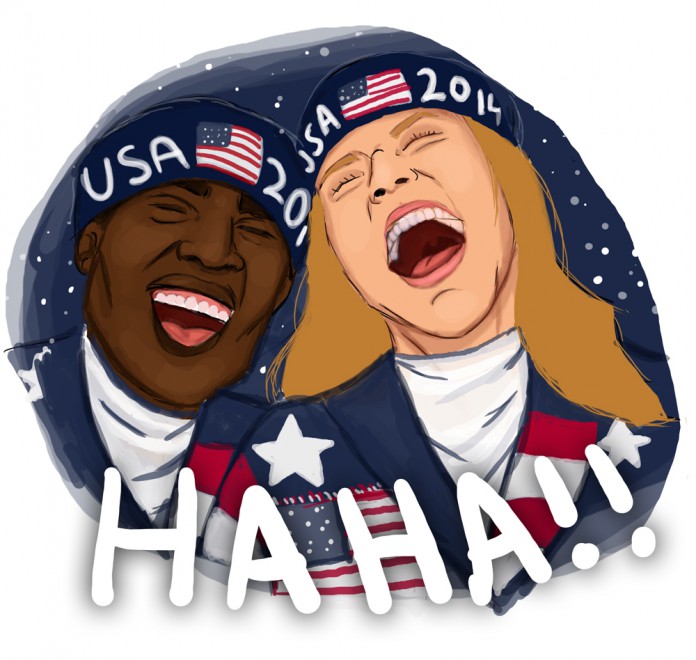 Logic would lead one to believe that when Russia spends $50 billion on the Sochi Winter Olympics, event organizers would assign the journalists covering the event functioning rooms to make a good impression. “#SochiProblems” has defied such logic. All over Twitter, news broadcasts, and social media, the hashtag was attached to absurd photos either of real situations or sarcastic parallels. This, combined with political outrage over Russia’s homophobic propaganda law, has led us to pause and self-reflect: are Americans too critical? Are our priorities in the right place?

While the homophobic laws raise serious concerns about national policy in Russia, the gaping hole in the infrastructure of the most costly Olympic games in history is disconcerting in a different way. Journalists that maintain their occupational duty and code tell the truth of the situation, and that means being forthcoming about every aspect of the subject. They are the ones out of the civilian population that hold people, nations, and corporations accountable for their actions.

Toilets that cannot flush toilet paper, missing manhole covers, and unsafe drinking water are all fair game for ridicule in reporting in a nation aiming to prove and demonstrate its modernization and innovation through a global press-covered event. The average person on Twitter in a Sochi news reporter’s situation would not hesitate to take the same photo ops and hashtag the infrastructure inconveniences, because such situations must be seen in order to be believed.

President Putin has put Russia’s reputation on the line. The Olympics currently gives Russia a good-natured soft power, or a use of economic and cultural influence in international relations at best. Therefore President Putin has every intention of showing off Russia’s accomplishments and national history with lavish display of wealth. So how can we not laugh when toilets, the porcelain-throne king of potty humor, are dysfunctional? How is it not appropriate to laugh? And more importantly, how is it possible that such basic constructions were botched?

Contracts for construction were issued to well-known friends of the president who allegedly abused the migrant workers who built the structures on former homes of locals. The gap between price and quality has led to suspicion of corrupt practices and money pocketing. The additional expense of extensive security, aside from infrastructure, could not have eaten up such an astronomical sum of money. Most of the infrastructure in Sochi had to be build from scratch, rather than using or retrofitting pre-existing structures like the 2012 London Games had to occasion to, and will be helpful for the future World Cup in 2018.

This may benefit the region, but such a large price tag could have made a larger impact on much needed education and health care instead of luxury hotels and resorts whose presidentially purported amenities have the Internet laughing out loud because they are unfinished messes.

Laughing at Russia’s ambition to raise the status of a developing region may sound like a low blow by a developed nation like the United States, but there is more to the picture. America is the land of SNL, the Daily Show, and the Colbert Report. Nothing is barred from ridicule in the post-South Park world, and even the American eagle and star spangled banner are patriotic symbols open to satire. Laughing is learning; cynicism challenges authority and potty humor is eternally funny. We’re not cruel for taking the chance to laugh when we see it—even if it means laughing at ourselves. The games are still enjoyable despite the dubious conditions, and our athletes are still achieving their Olympic dreams. Enjoyment does not mean we have to compromise our national sense of humor and skeptical nature.