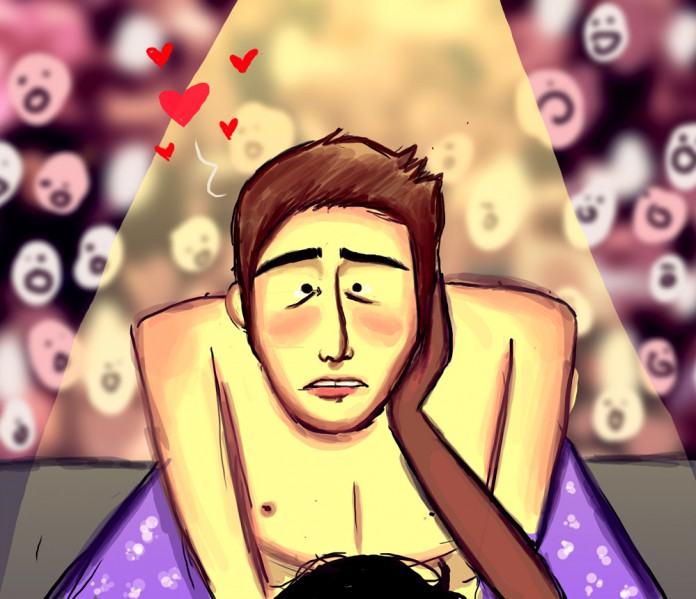 Students challenge society and conventional wisdom with physical protests all the time. In 1968, University of California, Santa Barbara students took over North Hall to protest and mitigate the campus’ dearth of cultural awareness and, in 1989, went on a hunger strike for demands that included a divestment from South Africa. Clayton Pettet, a 19-year-old student at London’s Central Saint Martins College of Arts and Design, plans on challenging society and conventional wisdom too–only he’s doing so in the form of an art project.

On April 2, 150 ticketholders will get to attend his “Art School Stole My Virginity” performance, in which Pettet will have sex for the first time with an unnamed male partner. In a Tumblr post, Pettet stated that his one-time exhibition is meant to generate serious debate over what virginity really is and what it means, asking, “Is virginity even real, for women and men? Or is it just an ignorant word that was used to dictate the value of a woman’s worth pre-marriage?” The second part of his exhibit will feature a gallery of his work studying the female orgasm.

Art is a profoundly difficult, if not totally impossible, concept to define. In many respects, people’s definitions of it are culturally influenced; something may be considered art in one society, but deemed a worthless obscenity in another. Art, in my own opinion, is something that requires creativity and effort and often at least some level of skill. It’s something meant to portray something in the real world or in the imagination, or some form of beauty, truth, or symbolism. I don’t believe it is something that can be wholly natural and unaffected by human resourcefulness, like the plain human body or a smile.

Unfortunately, Pettet’s project does not fall within the bounds of what I consider to be art. There is no creativity involved in having sex in front of 150 rather voyeuristic individuals. Simply attempting to make a controversial statement in the form of a perfectly natural activity does not in and of itself constitute art. Even the most bizarre forms of performance art require creativity: plays, for example, need imaginative scriptwriters, creative costume designers, and talented choreographers.

When it comes to making an attention-grabbing statement and throwing a wrench into the gears of conventional wisdom, Pettet may very well succeed. But no matter how inspired he may be to make his statement, or how effective he may be in altering the discourse of virginity, his project amounts to an exhibitionist performance. My little fourth grade painting of a tree in a field may not stack up to the ceiling of the Sistine Chapel or the Terracotta Army, but it involved a creativity and effort to depict something that “works,” which Pettet’s exhibition lacks. There certainly isn’t a sharp line we can draw between what is and what isn’t art, but losing one’s virginity to send a message is far enough out there to where it should safely be excluded.

While everyone’s entitled to their own definitions of art, its prestige, specialness, and our admiration for the concept will gradually erode if we continue expanding the general consensus (as vague and disjointed as it might be) and incorporating more and more. Can art–which, I don’t think anyone would dispute, covers such acclaimed pieces as the Mona Lisa and Michelangelo’s David—still be art when it also incorporates “works” such as Pettet’s performance, Andy Warhol’s “Invisible Sculpture,” or Yoko Ono’s “Voice Piece for Soprano”? I don’t think every novel or daring action people come up with, whether the person claims it art or not, deserves the label of art. The UCSB students who went on hunger strikes to successfully enact important changes engaged in a potentially controversial physical activity as well, but I don’t think very many people would think to call their efforts art.