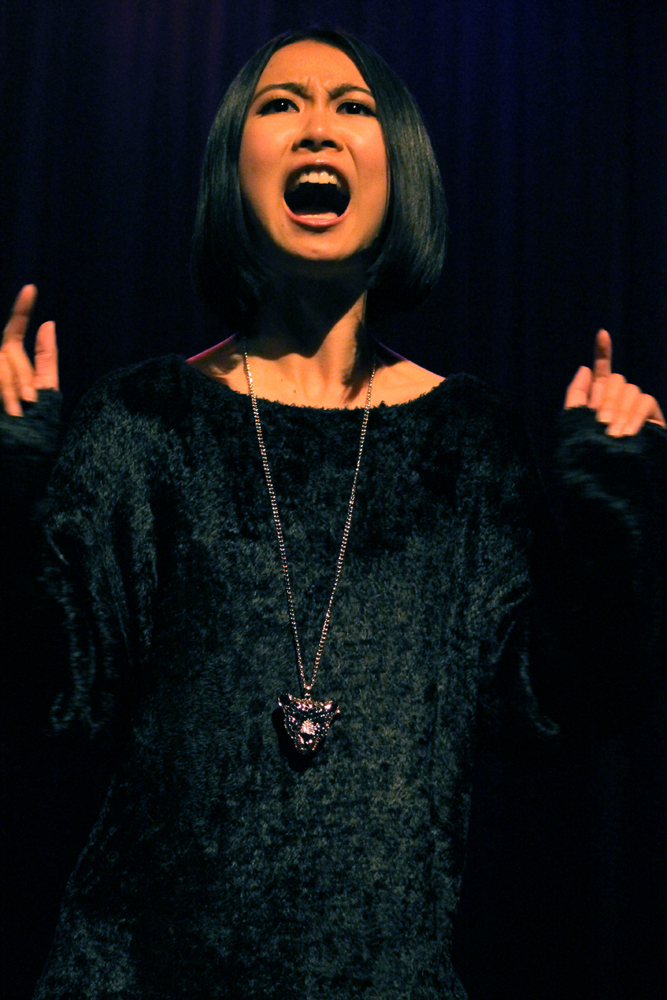 At first sight, Campbell Hall seemed dressed to celebrate a Sweet Sixteen on Friday night. Pink and red streamers danced playfully from the ceiling, colorful paintings lined the walls, and there were candies and baked goods on display. But upon closer inspection, it was clearly no ordinary party. The paintings were as subliminally erotic as any by Georgia O’Keefe, the candies included vagina lollipops and Better-Than-Sex cupcakes, and posters in the bathroom were dedicated to various “Vagina Warriors.” This was our introduction to “The Vagina Monologues,” performed this past Friday and Saturday by the Women’s Ensemble Theater Troupe (WETT), at the University of California, Santa Barbara’s Campbell Hall. “The Vagina Monologues” has become a beloved annual event at UCSB, and for the first time the show featured the “Vulvaventures,” 30 minutes of original student and community-written work.

An eclectic set of pieces focused on women and sexuality, “The Vagina Monologues” has not lost its power to provoke and inspire. This play, written by Eve Ensler and first performed in 1996, was composed from over 200 interviews with women from diverse backgrounds and focused on topics such as menstrual cycles, relationships, rape, abuse, and birth. Although these are serious topics, the show was infused with humor and truth. The audience was constantly laughing and cheering, culminating with a boisterous chanting of “cunt” until they were hushed by the actress on stage.

“’The Vagina Monologues’ means owning my womanhood and being proud of it,” said performer and third-year film and media studies major Josephine Amos. Mahad Abedin, fourth-year economics and accounting major, found the performance “really eye opening. I learned a lot of things about women that I had never thought to think about.”

This was the first year in which the second half of the show, the “Vulvaventures,” was performed. Nabra Nelson, third year theater major and co-director of the performance, said that “we recognize problems within ‘The Vagina Monologues’ and write our own pieces to give voice to the issues that pertain more to UCSB and the students.” She believes that this performance has the capability to affect people, saying “this is contemporary, this is real, this is now.”

“African Americans at UCSB are not just a small number, but we are a powerful activist group that are constantly being discriminated [against] because of the way we look,” she said. There were also community-written pieces about sexuality, religion, and overcoming the fear of childbirth.

This performance did more than just inspire others and raise important topics of discussion. All of the money that was raised through ticket and baked-goods sales was donated to organizations that aim to stop violence against women. Ninety percent of the proceeds were donated to the Santa Barbara Rape Crisis Center, and rest was donated to the One Million Rising Movement.

The 2014 performance of “The Vagina Monologues” and “Vulvaventures” was very well received by the audience, inspiring conversation and helping the community by donating to centers focused on ending abuse against women.

“This is a political movement,” said Kyeremateng. “I’m going to look back and say that I was part of a movement, I was part of the 21st century feminist movement.”

If you are interested in learning more or contributing to this movement, you can go to www.sbrapecrisiscenter.org or www.vday.org.