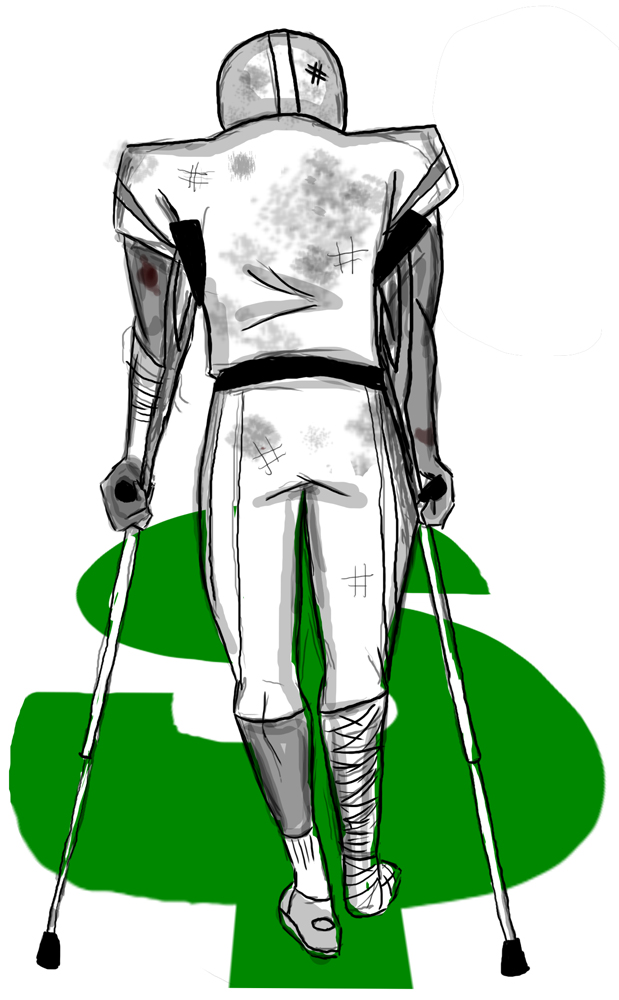 For nearly a year, the body of former NFL linebacker Jovan Belcher rested in the ground; that is, until it was exhumed last month to perform tests on Belcher’s brain. Belcher shot and killed his longtime girlfriend before committing suicide last year, and his family is hoping to find evidence of brain injury to explain his behavior.

This story harkens back to similar tragedies. Junior Seau, Ray Easterling, Andre Water, and Terry Long were all former NFL players who committed suicide. Also included in this list is Dave Deurson, who shot himself in 2011 with the note: “Please, see that my brain is given to the NFL’s brain bank,” according to Alan Schwartz of the New York Times.

Despite all of this, the NFL has been reluctant to take responsibility for these situations. In 2007, the chair of the NFL’s Mild Traumatic Brain Injury committee, Dr. Casson, vehemently denied any evidence of links between head injuries in NFL with any long-term brain problems. This is despite many leading scientist affirming the opposite; Dr. Ann McKee, according to PBS Frontline, has found chronic traumatic encephalopathy (CTE), a degenerative brain disease, in “45 of the 46 former NFL players she’s examined.”

The NFL has made many rule changes in regard to tackling in an attempt to lower concussion rates and injuries, and is aware of the links between concussions and brain damage that leads to diseases like dementia, CTE, and depression. These rules include penalizing hits on areas like the head and neck and imposing tighter restrictions on allowing possibly concussed players back into the game.

In August 2011, Easterling filed a lawsuit against the NFL, claiming the league “engaged in a ‘concerted effort of deception and denial’ in its handling of the science of concussions and brain trauma,” according to PBS Frontline. This was a year before he committed suicide, and in August 2013 the NFL agreed to pay $765 million to retired NFL players.

In an effort to reduce injuries, the NFL has reduced its concussions per season from 171 concussions in 2012 to 147 this year, according to PBS Frontline. Though this decrease shows promise, serious injuries are still on the rise.

According to ESPN Stats & Info, the number of knee injuries has been increasing since the NFL changed its rules on concussion-causing hits. Through Week 15 of the 2012-2013 NFL season, there were 99 knee injuries in which players were placed on the Injured Reserve list. This season, that number was at 110.

This increase could be a result of mentalities like that of Chargers linebacker Brandon Meriweather, who said, according to ESPN 980s Chris Russell, “You gotta end people’s careers…You gotta tear people’s ACLs. Mess up people’s knees. You can’t hit them high anymore. You’ve just got to go low.”

Big hits make crowds roar. They rattle the opposing team. Just one big hit at the right time can invert the momentum completely. The football mentality can’t be reshaped simply by some rule changes. It will take a concerted effort by medical authorities, the NFL, political entities, and even the American people. More and more parents are steering their children away from football for fear of injuries. As Dr. McKee stated in 2011, addressing Congress: “We really have to address the way sports are played.”