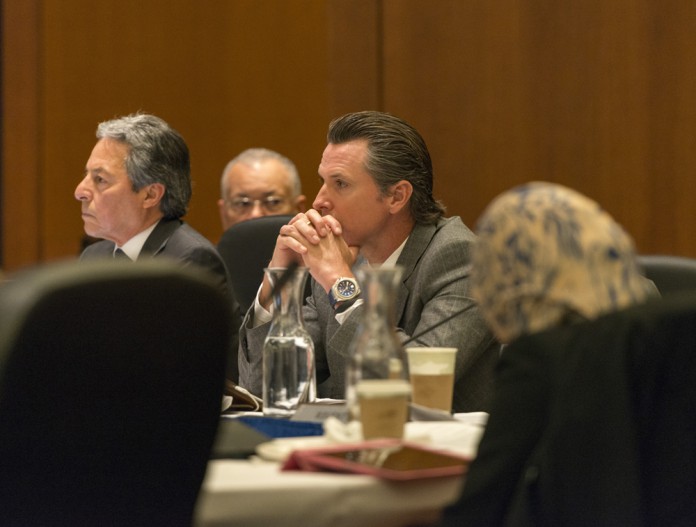 During Day One of the University of California Board of Regents meeting on Wednesday, Jan. 22, the Regents outlined the University’s involvement in building a 30-meter telescope on top of Mauna Kea, one of Hawaii’s dormant volcanoes. Upon its projected completion in 2022, the Thirty Meter Telescope (TMT) will be the most advanced one of its kind on Earth and will be used for the purpose of discovery and education within the UC system.

UC Santa Barbara Chancellor Henry T. Yang and Dr. Jean-Lou Chameau, a representative of California Institute of Technology, initiated this project with the intent of creating a new, improved, ground-based astronomy facility. Since its beginnings in 2000, however, the project has attracted interest from international research organizations such as the Department of Science and Technology in India and the National Astronomical Observatory of Japan.

This idea became increasingly feasible with donations from the Gordon and Betty Moore Foundation as well as funds from private investors, the former of which gave $50 million to the project in 2004. A jump ahead to 2009 showed an advance to more detailed plans, when the project’s leaders began negotiating with the University of Hawaii as to the local institution’s inclusion in TMT.

During the presentation, Yang provided some background information on the UC system’s extensive involvement in this field. He explained that for the past 25 years, this public institution has been the world leader in astronomical research, with thriving programs and expertise in areas of study such as black holes, extra-solar planets, and dark matter and energy.

Advancement in this field of research was one of the primary reasons to proceed with TMT, which will improve upon even the most up-to-date telescopes, such as the 10 meter Keck. UC Los Angeles Professor Andrea Ghez and her team of scientists used this device to discover and characterize a super-massive black hole at the center of the Milky Way Galaxy.

It is discoveries like these that cause textbooks to be rewritten, Ghez mentioned during her presentation at the Regents meeting. She commended the UC system and said that the opportunity to work with these advanced telescopes is one of the reasons that she turns down offers to teach at other prestigious universities.

“Having access to one of the largest telescopes in the world has allowed me to study some of the most fundamental questions in astronomy,” Ghez said.

She believes that the abilities of TMT will surpass that of the most state-of-the-art technologies in existence, and mentioned that it is projected to be 81 times more powerful than Keck.

“The scientific potential of this telescope is tremendous,” Ghez said.

At its full capacity, the telescope should be able to investigate black holes more thoroughly than ever before. Ghez explained that it will allow researchers to study the region around black holes, which will then give insight as to how these entities warp space and time. She went on to mention that this is one way in which some of the most fundamental notions of physics will be tested, most notably Einstein’s Theory of Relativity. The expected reach of the telescope is equally impressive, as it will be able to measure the properties of the first stars to form in the galaxy after the Big Bang.

The TMT website elaborates on these research possibilities, declaring that the telescope will allow astronomers to study “forming galaxies at the very edge of our observable Universe.”

Despite the seeming emphasis on the UC system’s research prestige, this project is intended to benefit scholarship at multiple levels. During the presentation, the Regents focused on the telescope’s accessibility and how it is intended to serve not only faculty but the institution’s students as well.

Construction is set to begin in 2014 after a final, careful consideration by involved parties. This “Decision to Proceed” is expected to occur after all partner funding has been secured and final authorization has been granted by the Regents.