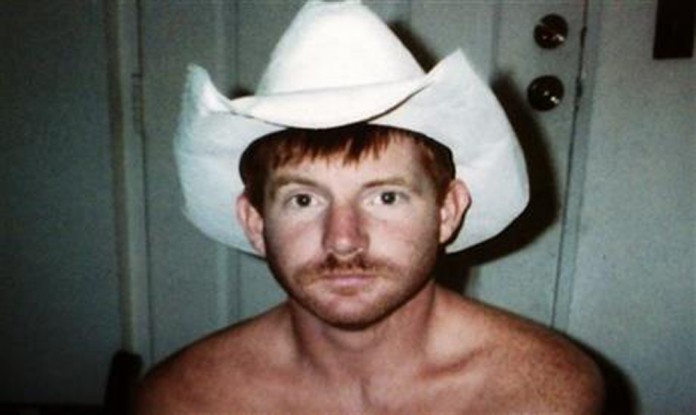 These were some of Kelly Thomas’ last words as he was beaten to death.

On July 10, 2011, Thomas died at 37. His condition gradually descended into darkness after spending five days in a coma. Five days earlier, on July 5, he was beaten so badly by Fullerton, Calif., police officers that he was barely alive when he was admitted to University of California, Irvine Medical Center.

The altercation between Thomas and the officers, forever digitized on video and audio recordings, occurred at a bus stop in Fullerton. Concerned citizens called the police accusing Thomas of trying to open car doors. When police arrived, Thomas had no form of identification and what seemed to be other people’s mail in his bag. Also in Thomas’ bag were all his worldly belongings; he slept on park benches and in “trash cans,” according to the recording. Kelly Thomas was homeless. He was also mentally ill.

It is not the officers’ fault that Thomas was trying to open car doors. It is not their fault that he had mail that was not addressed to him. It is not their fault that Thomas clearly resisted arrest. But it is also not, in any way, shape, or form, Thomas’ fault that he was mentally ill and homeless. The beating that he took that night is sickening. The video shows several officers on top of him, and the audio captures Thomas’ last words. As the officers held him down, beating his face into a nearly unrecognizable pulp of swollen black eyes and facial abrasions, he repeatedly tells them that he could not breathe. Thomas subsequently went into cardiac arrest and sustained irreversible brain damage, leading to his comatose state, which, according to the Los Angeles Times and Dr. Michael Lekawa, chief of trauma surgery at UC Irvine Medical Center, resulted from a lack of oxygen to the brain. Throughout the beating, Thomas apologizes repeatedly, and, almost prophetically, cries that the officers are killing him.

More than two years later, on Monday, Jan. 13, 2014, two of the officers tried in Thomas’ murder were found not guilty. These men walk free in the eyes of the law but, just as they have been for the past two years, many Orange County residents are still calling for justice for Kelly Thomas. The video recording shows several officers beating the life out of a mentally ill homeless man, and this is all many people can see. We can tell ourselves that the officers did not intend to murder Thomas, and we like to think that to be true.

But in our contemporary moment, we do not have to go far to find cases of officers using excessive force, the more tragic instances materializing in cases like those of Thomas: a man whose mental wiring was so pathetically crossed that, even in his dying moments, a 37-year-old man cried out for his father. Would Thomas’ death be any more or less tragic if he was not mentally ill? No, but either way, he did not deserve to be beaten like he was. When the recording shows one of the officers brandishing his fist at Thomas, telling him that they were the same ones that were “going to fuck him up” that night, it is hard to tell ourselves that their intentions were anything but cruel that night. And given the officers’ admitted history with Thomas, they must have had some inclination that he was not mentally stable.

Only the officers know their true intentions that night, regardless of how they plead at the beginning of their trial. Similarly, we will never know what was going on inside Thomas’ tragically afflicted head on July 5, 2011. The recording shows a man who is scared and later, strangely penitent before the law designed to protect and serve him. But Kelly Thomas’ death needs not be in vain. Some see him as a martyr for a cause that gets swept up sleeping under newspapers and under park benches, something that is endemic in our own social moment in Isla Vista. Homelessness is not something one solves by simply sparing some change now and then.

The change Thomas needed could not come in nickels and dimes. Rather, Thomas needed help—real, accessible help. According to PBS, 39 percent of homeless Americans “report some form of mental health problems,” with “20-25 percent meeting criteria for serious mental illness.” People often callously refer to the homeless as being that way for a reason. Well, the reason for at least a third of them is looking us straight in the eye. It’s the “American Way” to pull yourself out of hard times and “get a job.” But it simply is not that easy for the mentally ill. It certainly was not that easy for Kelly Thomas. The officers who beat him probably would have beaten any other mentally stable homeless man who was “resisting” the way Thomas was, and without opening a discussion on police brutality or excessive use of force, it is worthwhile to reflect on the circumstances that put Kelly Thomas in the position he was in at that bus stop, as well as the events that led to his death.