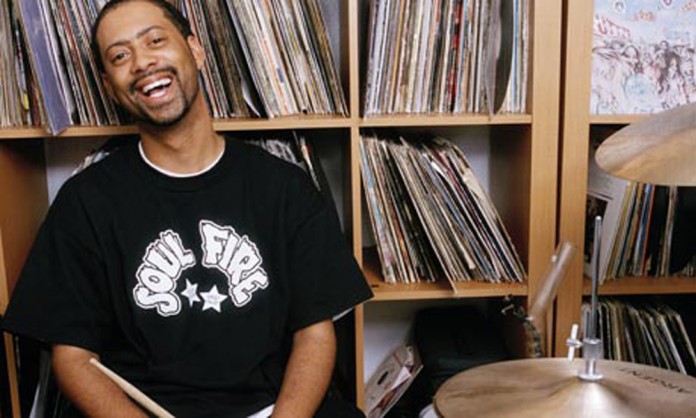 Upon first hearing that Madlib was coming to University of California, Santa Barbara, I was stunned. For one thing, he hardly ever tours or plays shows that often. When he actually does, they are sporadic and occur with very little warning. Madlib also hardly ever does interviews or interacts with the public at all, so just being in his presence is an honor. However, in a show presented by UCSB’s Associated Students Program Board, the legendary DJ, producer, and MC Madlib graced The Hub, along with rapper and CEO of music club Low End Theory, MC Nocando, this past Thursday, Nov. 14.

Madlib describes himself as a “DJ first, producer second, and MC last.” Born Otis Jackson Jr., Madlib is just one of the several monikers the elusive artist uses in his work; other names include Quasimoto, Yesterday’s New Quintet, Jackson Conti, and The beat conductor.

Spanning several different genres such as jazz, hip hop, and funk, Madlib is an extremely talented artist—without a doubt one of the best music producers alive right now—who has made significant contributions to the hip hop and music world. He has collaborated with artists such as Freddie Gibbs, Mos Def, MF Doom, and J Dilla. Being an avid fan of his work, I was ecstatic to finally see him live. Naturally, I had high expectations for the show, but Madlib’s sublime DJ set blew them all away.

MC Nocando, a former battle rapper and freestyle savant, wonderfully opened the night up with a display of his lyrical prowess. His DJ played some beats to set the mood while Nocando hyped himself up at the back of the stage before he started doing his thing. His history of battle rapping showed, as his superb mic skills gave him a dominating stage presence that was a blast to watch. He stated that he was playing mostly new songs, and they were all good. In between songs he would jump into well-executed freestyles.

Nocando discussed topics like his life and the music industry, and his inviting, intimate lyrics gave The Hub a strong, warm vibe. Nocando declared that it felt as if he were playing a couple of his songs in his living room—a sentiment that rang true for me, as I certainly felt at home during the set.

The audience members seemed to really be fans of hip hop music, and this passionate feeling added to the show’s atmosphere. People were chanting Madlib’s name as his decks were being set up, and a certain feeling of anxiety grew in me as I couldn’t help but think whether or not this—a live performance by one of my favorite artists—was really about to happen.

Certainly not one for gimmicks, Madlib simply walked up and started spinning. He didn’t say anything; Madlib just let the music speak for itself. The music he played was similar to that of his “medicine show” series of albums, which is anything and everything, from funk and disco to obscure afrobeat songs. The music was all very rhythmic and it was almost impossible to keep from moving and bobbing my head along to the sounds that, despite jumping around, all seemed to work together. It was a definite lesson on what a DJ should do: be daring and driven by feeling, not by what is popular or what people think a DJ should play.

Madlib clearly loves music, and it showed, as he motioned the lyrics of almost everything he played. I couldn’t help but smile as I recognized that genuine love for music he exhibited. He played some key tracks from his discography and a lot of tracks from acts with which he is associated. Jaylib’s “The Official” and “The Red”; Quasimoto’s “Come On Feet” and “Low Class Conspiracy”; Madvillain’s “Accordion,” “Papermills,” and “Lootpack”; Slum Village’s “Fall In Love”; and new tracks from his collaborations with Freddie Gibbs were all played to much praise. He also played some classic hip hop, including songs from Notorious BIG and A Tribe Called Quest.

Perhaps it was because he was so close to his hometown of Oxnard, or because of the loving vibe that the crowd emitted, but Madlib did not seem as though he wanted to stop playing music. Overall, his set was just around two hours long and was almost an overabundance of music, although he stopped right before it got to that point. The amazing set filled me to the brim with excitement.

The show was certainly something special, as it was a surreal experience to watch someone so talented and dear to me in such an intimate setting. The night was a dream for fans of hip hop and a pleasure for fans of music.