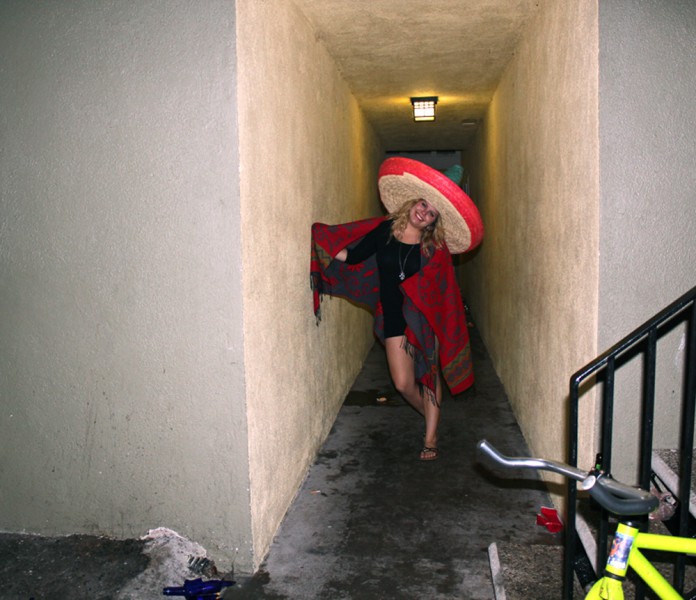 University of California, Santa Barbara’s reputation as a great place to party draws thousands of visitors to Isla Vista each Halloween. However, as many visitors discovered this weekend, there were in fact few parties to be found. Due to educational campaigns, the Festival Ordinance, and law enforcement, Halloween in Isla Vista has certainly changed since its heyday in the late 1980s and early 1990s.

According to a news release by the Santa Barbara County Sheriff’s Office, the number of arrests and citations has been consistent with the past two Halloween weekends in Isla Vista. There were 225 jail bookings (173 of which were for public intoxication), 249 citations, 48 medical calls, and 20 search and rescue calls. The turnout from this year was estimated to be 12,000 to 15,000 people on Thursday and Friday nights. On Saturday night, crowds decreased to 8,000. Compared to previous years, attendance was slightly lower, which could have been a result of midterms and parents weekend, in addition to various campaigns to discourage visitors.

The numbers of arrests are declining as the years go by, but not without a cost. According to The Independent, authorities have vamped up efforts to lessen damage through expenditures of hundreds of thousands of dollars each year. Security measures include increased presence of law enforcement, medical stations, communication towers, and barricades. Approximately 200 officers patrolled the streets this Halloween weekend to strictly enforce the weekend’s ordinances.

“Last year, the county spent over $200,000 on Sheriff’s assets,” said Lieutenant Rob Plastino from the Isla Vista Foot Patrol in an interview with The Independent. “However, this is just a fraction of the cost to public agencies because it does not include other county resources such as fire and medics, probation or courts.”

One of the campaigns to keep Halloween local was putting advertisements in other college newspapers in California. UCSB Associate Dean for Student Life Debbie Fleming advertised in Cal State newspapers, warning students to stay away from Isla Vista during Halloween. Fleming cited the presence of hundreds of deputies and the possibility of spending the night in jail as reasons not to make the journey. According to Cal Poly SLO newspaper The Mustang, the advertisement also made the claim that fewer than 10 percent of the arrests made and citations given involved a UCSB student, and that the 90 percent of those arrested were non-UCSB students.

According to The Independent, no official tally exists that identifies how many at the Halloween celebration come from out of town.

“Even if people come after seeing those letters, they’re better informed when they get here, and that’s a big deal,” said Moore. “At the best, they deterred some folks from coming.”

Moore’s main goal as a student representative has been to provide students with the resources to make the right decisions.

“I focus on educating them about the issues In Isla Vista during Halloween and also provide them with physical resources to avoid those things,” said Moore.

One of those resources that Moore was involved in is Take Back the Night’s safe space, which, according to the Facebook event, is “a space for people to come if they feel harassed, have been sexually assaulted or simply need a place to feel comfortable,” according to TBTN’s Facebook event. The safe space provided light refreshments, restrooms, blankets, phone chargers, and most importantly, counselors from various organizations.

Ultimately, the Festival Ordinance and all of the restrictions served their purpose. The Sheriff’s Office reports that no major incidents were reported, and acknowledged that the event ran smoothly because of many factors, including a strong law enforcement presence. Though Moore wishes the ordinance were unnecessary, he acknowledges that the Festival Ordinance worked well.

Moore feels optimistic that this year’s festivities seemed more controlled than in years past.

“If we see a trend of Isla Vista Halloween becoming more and more local, it’s important for us to reconsider the Festival Ordinance and how judiciously it’s applied,” said Moore. “We could incentivize a local Halloween.”