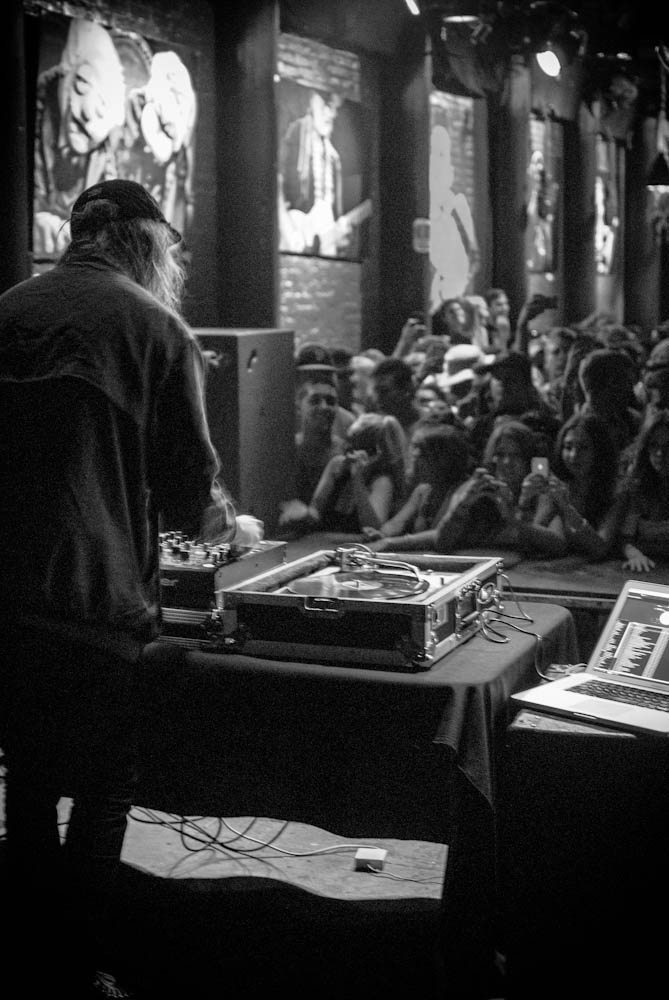 The electronic music scene in Santa Barbara is undergoing a shift from the familiar sounds of electro house and trap to something more experimental and soulful, yet energetic enough to get crowds dancing and jumping. On Sept. 19 at Velvet Jones, Cashmere Cat proved to be a quintessential example of this transition.

The line for entrance stretched down the street as eager music-lovers waited to hear the 25-year-old Norwegian DJ and producer Magnus August Høiberg, better known as Cashmere Cat, play in Santa Barbara for the first time. Coming fresh off of the lineup for Hard Summer this past August and approaching a performance at the Symbiosis Gathering this weekend — alongside artists such as Hudson Mohawke, Shpongle, Mount Kimbie, RL Grime, and more — Cashmere Cat was more than ready to impress the mix of college students and locals on State Street. However, his career did not simply begin when he introduced his feline moniker in 2011; in reality Høiberg has been in the electronic music scene for nearly a decade.

Prior to his productions as Cashmere Cat, Høiberg was a finalist representing Norway at the DMC World DJ Championships, a prestigious competition whose past winners include A-Trak, Craze, Switch (formerly of Major Lazer), C2C, and many more. Within the past two years, Høiberg began releasing tracks on Soundcloud under the alias Cashmere Cat, garnering critical acclaim for his adept production quality and utilization of sounds that had never been heard before. He quickly gained attention for his remixes of Lana Del Rey’s “National Anthem,” Jeremih’s “773 Love,” and most of all, for his edit of 2 Chainz’s and Drake’s hit single “No Lie.” Furthermore, his original song “Mirror Maru” was part of Rustie’s essential mix in April of 2012, accompanying the premiere of tracks that helped to define the trap and future bass genres, such as TNGHT’s “R U Ready” and “Goooo,” as well as Baauer’s “Harlem Shake.”

Høiberg’s performance this past Thursday showed how far the scene has come since its mainstream introduction over a year ago. His sound consisted of a rich blend of soothing R&B to bass-heavy and drum-kicking hip-hop, trap, future bass, and Jersey club. He began his set with the smooth piano intro of his track “Aurora” and fused it with “Kiss Kiss,” a song from his debut EP “Mirror Maru.” At this point, the crowd was already excited and grooving, allowing Høiberg to drop a song that has garnered much praise on Soundcloud, Trippy Turtle’s “Southside Deep.” This song embodies the genre-busting fusion of R&B, future bass, and Jersey club that producers such as Trippy Turtle, Jaw Jam, and Cashmere Cat are gaining a following for. This was only the beginning of the set, and the crowd was growing eager to hear more.

Høiberg kept the party going with his aforementioned remix of “773 Love,” which he then blended into DJ Tray’s Jersey Club remix of the crowd favorite “Bugatti” by Acehood and Future. This remix serves as an example of how sounds from New Jersey have picked up momentum and infiltrated the rest of the country and abroad. Jersey club music has spread through exposure on radio broadcasts like Diplo’s weekly show, Diplo and Friends, on BBC Radio 1Xtra; through the influence of artists such as DJ Sliink, Brenmar, and Salva; and now, through Cashmere Cat’s set.

The hip-hop and R&B vibes continued as he played his remix of “No Lie” and mixed it into J. Holiday’s 2007 R&B hit “Bed.” Needless to say, at this point, it appeared as though every girl in Velvet Jones was feeling the vibe and jumping with joy. Høiberg followed with an unreleased edit of DJ Khaled’s “I’m on One,” which features Drake, Rick Ross, and Lil Wayne, and then mixed it with Kendrick Lamar’s hit single “Swimming Pools (Drank).” At what can be considered the climax of the show, Høiberg dropped his popular remix of Miguel’s “Do You…” — a track that is quickly approaching a million plays on Soundcloud and a staple in sets by trap artists like Baauer and RL Grime. Following this, he played various crowd-pleasing songs, including Kanye West’s “Bound 2,” Drake’s “Crew Love,” T-Pain’s “Buy U a Drank,” and Jennifer Lopez’s “I’m Real.”

As the show drew to a close, Høiberg displayed the talent that earned him a spot as a DMC finalist by cutting and scratching Kanye’s track “Power” into “All of the Lights,” causing the crowd to go into a frenzy one last time before he walked off stage. There were cries for an encore, but instead, Høiberg strolled into the crowd, drink in hand, and danced with his admirers charmingly and casually as a supporting DJ spun more R&B classics. Acts like this show that although artists, such as Cashmere Cat, possess great talents and have accumulated vast amounts of popularity, they are still regular people just having fun, doing what they love.