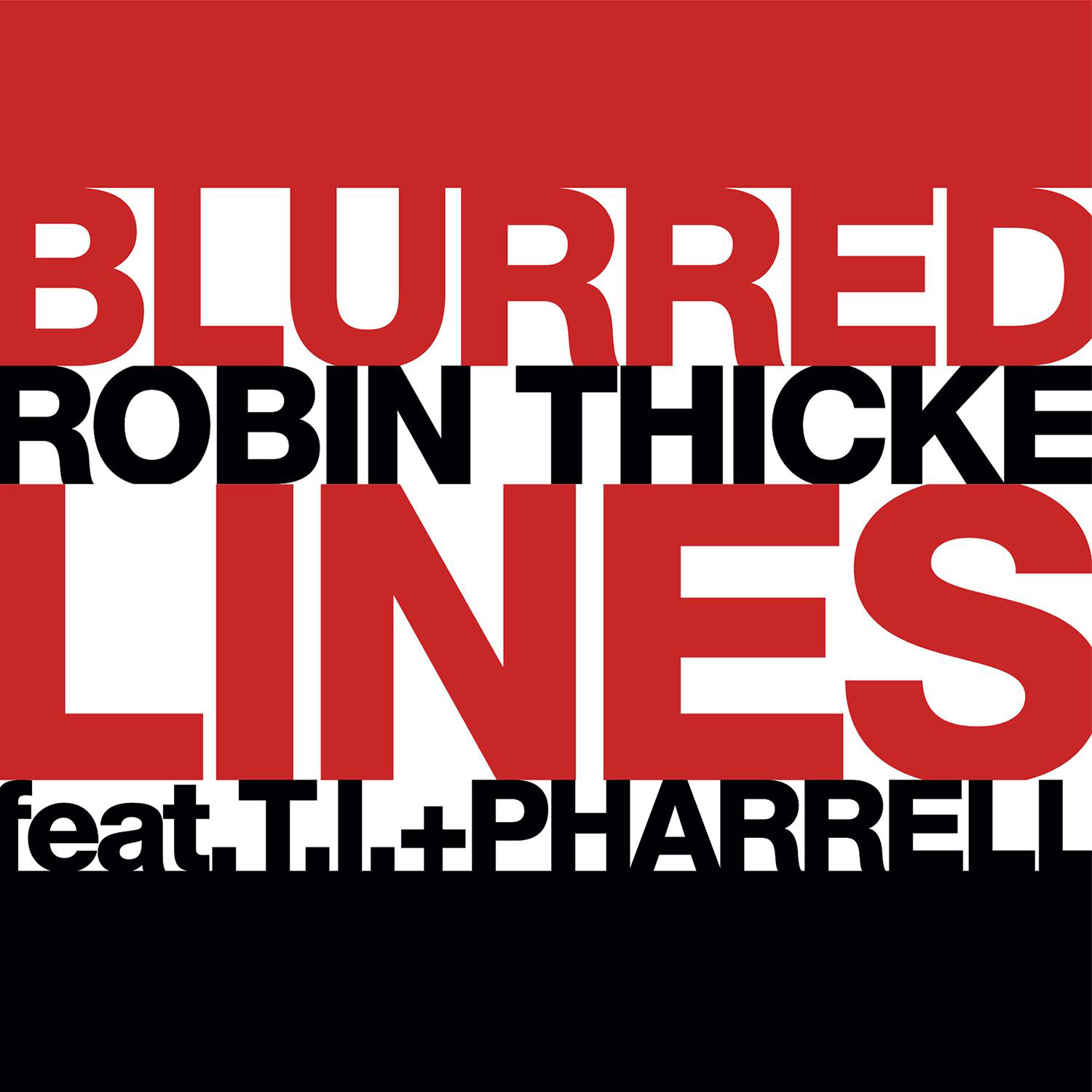 Robin Thicke’s song “Blurred Lines” has officially been dubbed the hottest song of the summer according to billboard.com after leading the Billboard Top 100 list for the past 12 weeks. Admit it: we’re all guilty of dancing and even singing along to the indisputably catchy tune. But shouldn’t we be concerned about the fact that my 6-year-old cousin knows the words to a song about the “blurred lines” between consensual sex and rape? The lyrics are astonishingly offensive and degrading to women, and yet our mainstream media appears to be indifferent to the fact that the most popular song of the summer has been described as “rapey.”

While the actual song itself has received little scrutiny, the uncut edition of the music video has created quite a buzz. For starters, the video is four minutes and thirty-three seconds of Robin Thicke, T.I., and Pharell being felt up and grinded on by stereotypically attractive women wearing nothing but nude thongs, while the men remain fully dressed. The combination of the video and song unfortunately perpetuate the image that it is cool, sexy, and perfectly acceptable to objectify and sexualize women. While I myself am simply uncomfortable with the overly sexual nature of the video, it is important to understand that this type of mainstream has the potential to be extremely harmful to our youth. On the one hand, the girls are lead to believe that it is not only okay but desirable to let a man disrespect and degrade them sexually. The other, much darker outcome is our young males grow up believing that it is okay to act upon their sexual urges based on the grounds, “I know you want it.” When did mainstream society transition from advocating for the respect and equality of women to letting a song that alludes to rape be played constantly on the radio?

However, it was a parody released by students at the University of Auckland cleverly titled “Defined Lines” that really began the debate over the summer smash hit. When YouTube removed the video, which instigates gender role reversals by objectifying men who wear nothing but boxer briefs and dance provocatively, people began to question the double standards that still exist regarding gender roles. It is important to note that the only other people in the video are three fully clothed women who sing about issues of misogyny, bigotry, and the overall inequality and treatment of women. As expected, the removal initiated a huge uproar that included a petition on the popular website “change.org,” which claimed a video containing a few fully clothed women teasing men in boxers with a few sex toys was no worse than one where practically naked women dance provocatively to a song that essentially alludes to rape.

YouTube Community Guidelines states, “We encourage free speech and defend everyone’s right to express unpopular points of view. But we don’t permit hate speech (speech which attacks or demeans a group based on race or ethnic origin, religion….).” For anyone who has watched the parody, you know that there is no hate speech whatsoever in their lyrics (although there is a disturbing amount in the comment section). While it does use swear words like “f*ck,” and contain explicit phrases such as “don’t want you to cum on my face,” its main argument and the overall point of the video is found in the chorus, “If you want to get nasty, just don’t harass me, you can’t just grab me. That’s a sex crime.” If you ask me, that is the most simple, perfectly summarized way of changing society’s viewpoint from telling girls to “not get raped” to teaching boys “not to rape.” And if the above quotes can be flagged as offensive, then one must likewise scrutinize the lyrics of the original with the same standards. I do believe phrases such as, “I’ll give you something big enough to tear your ass in two,” or “He don’t smack your ass or pull your hair like I do” constitute the same if not higher levels of explicit sexual nature, and when combined with visual nudity, it is almost impossible to negate the fact that the original is in fact far worse than the parody, thus fortifying the argument that YouTube’s removal of the video was a prime example of the continuing existence of sexism in the mainstream media.

So the real question remains, what about the parody was so unsettling that Youtube felt the need to remove it from their website? Is modern day America really still afraid of seeing a woman in control of a man? The most disturbing part is that the video was made intentionally as a parody, and yet the comments that can be found demonstrate the bigotry toward the idea of gender reversals that are still very prominent in today’s society. Is our fear of change so deep rooted we are truly unnerved by a man having whipped cream squirted into his mouth?

While the video can once again be found on YouTube, it’s the principle of the matter that has feminists everywhere quaking with anger. And who can blame them? Many women dedicate their lives to fighting off gender stereotypes that have been unfairly cast upon them for generations, which can be difficult when the media constantly promotes skinny women in minimal clothing as desirable. But the issue goes much further than the idea that it’s cool and sexy to objectify women and the apparent deep rooted notions of gender stereotypes. Rape is a huge issue today, especially within the college scene. There are many males who hold true to the belief that they know when women “want it” based off an assumption about the way we dress or act, and that’s a major issue. While most people won’t even think twice about the lyrics, if even one person takes on the mindset that it really is okay to either cross or let someone cross those “blurred lines,” we are all responsible, because we allowed these types of messages to permeate the mainstream. And yet here we are singing along to the words, “The way you grab me, must want to get nasty.”

The sad truth is that because it’s a popular, catchy dance song, it’s difficult to criticize the horrible message the song sends without fear being branded a prudish, buzz-killing feminist. So a salute to all the men and women out there who have taken a stand in voicing his or her outrage at this huge step backwards in the ongoing struggle for gender equality. Whether your outrage is targeted at the nudity of the video, vulgarity of the lyrics, or double standard presented with the reactions to the parody, it’s time to define those “blurred lines” about what types of messages are socially acceptable for the mainstream. Because no matter how catchy a tune the message may be played to, it is absolutely unacceptable to desensitize our youth and the rest of society to the seriousness of rape.

And finally, let’s get something cleared up: the words “hug” and “f*ck” do not rhyme.