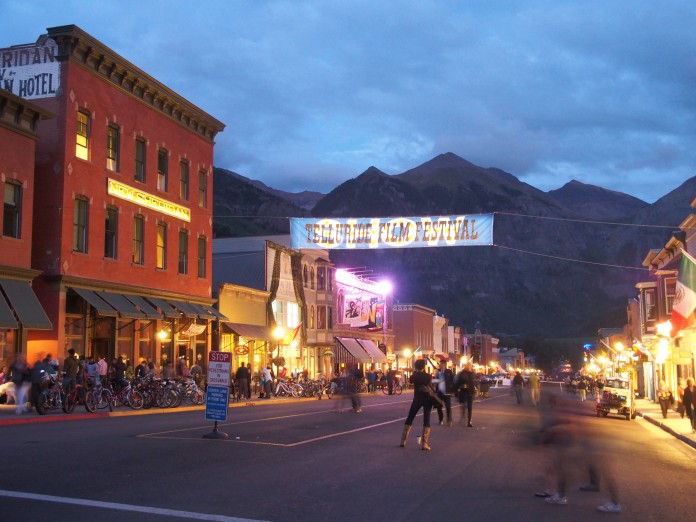 On a Friday night in the small mountain village of Telluride, Colo., an anxious crowd awaited the premiere of the film “12 Years a Slave.” Two hours of horrified, stunned silence later, the audience erupted into applause.

The film is based on and named after the memoirs of Solomon Northrup, a free black man who was kidnapped and sold into slavery during the mid-19th century. “12 Years” comes to the public courtesy of director Steve McQueen. Before anyone thinks that a ghost directed this movie, this is a different Steve McQueen, not to be confused with the famed actor who died in 1980. The “12 Years” McQueen notably directed the films “Hunger” and “Shame,” both critically acclaimed for their high quality and graphic content. “12 Years” is McQueen’s third film and his most high profile project to date, and it was finally shown to the public for the first time on Aug. 30 at the Telluride Film Festival.

“12 Years” is likely not only the greatest slave movie ever made but also one of the most beautiful, affecting, and haunting films I have ever had the pleasure of watching. The most noteworthy component of the movie, and one that every viewer should be aware of going into it, is that it is horrendously graphic. The amount of physical abuse in the film is nauseating, but the uncomfortable feelings the film evokes are one of its major strengths. “12 Years” is an unflinching, unrestrained look at the morbid reality of slavery, and McQueen handles the subject with grace and aplomb. Blood sprays in mists from the back of the characters as they are whipped, and ear-splitting screams erupt with each crack. This is as realistic as it can get, and the faint of heart should take note. While no one should avoid this film because of the graphic content, it would be unfair go in without a warning.

Another triumph for “12 Years” comes from the performances of its cast, and a few of its members will undoubtedly win Oscars this coming award season. Leading man Chiwetel Ejiofor turns in a tour de force as Solomon Northrup, and I can’t imagine another actor outperforming him this year. It’s that good. Also included in the cast is the great Michael Fassbender, who starred in both of McQueen’s previous films. Fassbender portrays the villainous plantation owner Edwin Epps, and, as always, his contributions are remarkable. With Benedict Cumberbatch, Paul Dano, Paul Giamatti, and producer Brad Pitt all taking their turns, a bevy of supporting characters flow in and out of the story. However, the best supporting role comes by way from newcomer Lupita Nyong’o, who gives an unforgettable performance as Epps’ favorite slave, Patsey. The way in which the actors and actresses in the film are able to identify with and express the characters is simply amazing. It’s difficult to imagine any of them being beaten out for Academy Awards.

At the end of the day, though, it’s McQueen’s distinct directing style that ties it all together. Anyone who doesn’t understand how a film can be considered art should see this movie, because it’ll all make sense after this one. McQueen not only has an eye for beautiful and well constructed shots, but he also understands the finer points of filmmaking and that simple, subtle techniques can contribute to a final product immensely. For instance, the seemingly slow pace of “12 Years” is deliberate and excruciating; two hours ends up feeling like somewhere around three or four. This is all in service to the experience, as it then becomes very upsetting to imagine how long 12 years of slavery must have felt to the protagonist.

Another perennial McQueen technique is his use of long take, and while it is used sparingly, it makes a grand appearance here. A long take is a technique used in film where a scene (or, more rarely, a whole film) does not contain breaks within the shot and tends to be lengthier than the other scenes. One specific instance of this long take results in one of the most gut-wrenching, horrifying moments of the film. Trust me; just see the movie and you’ll know exactly what I’m talking about. Overall, there is a good fluctuation between moments of raw emotion and cold detachment, and with the sheer volume of gruesome scenes, it’s impressive that McQueen was able to squeeze out as much passion as he did from the story.

Let me be clear: I am aware of how glowing this review is, and of how much I’m gushing over this movie. Make no mistake though; “12 Years a Slave” is a triumphant film, a victory not only for McQueen but also for every single person involved. The film is currently making its rounds at several film festivals in anticipation of its Oct. 18 release, and each showing brings more and more glowing reviews and calls for Oscar nominations. This is the must-see movie of the year, and there is absolutely no excuse for anyone to skip it. If you’re squeamish, too damn bad. For anyone who appreciates movies as an art form, consider it your homework for this fall. Gratuitous, gory, and absolutely gorgeous, “12 Years a Slave” is unforgettable.