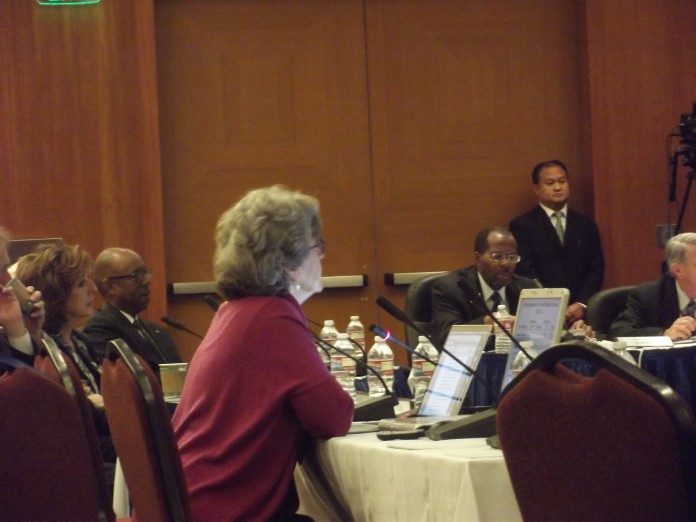 On the final day of the University of California Regents Meeting, the Regents discussed a proposal by UC Davis Chancellor Linda Katehi regarding the establishment of a World Food Center (WFC) on the Davis campus.

The purpose of the WFC would be to bring together experts and researchers in order to address issues of food production, food engineering, and nutrition. Additionally, the center would be established with the presumption that it could possibly be converted into a 501(c)3 corporation (a nonprofit), potentially monetizing the efforts and ideas generated by the project.

As noted in the proposal, the WFC is critical for a world that is seeing food concerns becoming more and more prevalent every day.

“The signature challenge of our time is how we can feed and nourish a rapidly growing population in an economic and sustainable way,” Katehi said. “Through this center we hope to lead the world in new knowledge about food, and to use this new knowledge to inform public policy.”

Also acknowledged was the appropriateness of UC Davis as the host campus for the WFC. The proposal explains that Davis has consistently been a top-ranked university for agricultural studies, and it is located near several of the most productive agricultural counties in the nation. Regent Frederick Ruiz, who was very much in support of the project, acknowledged these facts.

“I think what you are offering to the University of California is a wonderful opportunity,” said Ruiz. “I think Davis is the perfect UC campus to offer a project of this quality.”

The proposal for the WFC calls for a $100 million endowment, which will be sufficient for a three-year operational period. If the organization is to be restructured into a 501(c)3 corporation in the future, the matter will be readdressed to the Board of Regents.