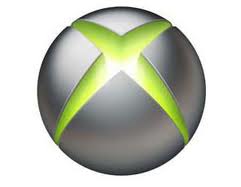 Earlier last week, Microsoft finally unveiled the new version of its Xbox gaming console: Xbox One. A special launching event had been held at the company’s headquarters in Redmond, Wash., seven and a half years after the release of the company’s last gaming console Xbox 360. There, the company showcased a number of the machine’s new features. At the same time, details such as the eventual price and release date remain unclear.

The new Xbox one will naturally be a gaming console, but with a new twist. Dan Mattrick, president of Microsoft’s interactive entertainment division, described the Xbox One as a console which allows “all your entertainment to come alive in one place.” This goal is visible in the bulk of the console’s new features. According to CNET, It will ship bundled with a new Kinect sensor, which contains improved motion and voice sensors. The One will also pack as many as three different operating systems: the Xbox operating system, a Windows 8 kernel, and a system that ensures smooth multitasking between the two.

These improvements, according to Microsoft, aim to make the Xbox One the “ultimate all-in-one home entertainment system,” as Mattrick called it during the event. For example, he demonstrated the ability to switch between the Xbox’s gaming facet and different television channels. Switching between the two could be done through the use of some of the features of the Kinect add-on, such as swiping up or down, or saying “Xbox, watch HBO.” Despite the promise for a new center of entertainment (a promise we’ve all heard before), it is unclear which broadcast companies will cooperate with Microsoft on its Xbox-TV connection venture.

The system’s specifications are very similar to those of the Playstation 4 console, unveiled by Sony last February. The two machines share the 8-chip AMD APU core, which is likely to give them similar results when it comes to sheer firepower. What sets the two gaming consoles apart is the fact that the Xbox’s dual operating systems give it extreme flexibility. The extent to which this ability will be used by developers remains to be seen.

The outside design of the console and its accessories have also been changed top to bottom. The console itself looks very sleek, with a black and grey design that reminds me more of a part of a home entertainment system than the older Xbox—certainly a conscience decision by Microsoft. The controller has also been revamped, yet, despite matching the console’s color scheme, it maintains a strong resemblance to the old controller in terms of the buttons and joysticks.

Some gamers and industry insiders have already voiced their concerns with some of Microsoft’s plans. The Xbox One will not be backwards compatible, meaning that it will not run Xbox 360 games. In addition, it will not support some of its predecessor’s accessories, such as the controller and memory units, according to PC magazine. Microsoft also moved to take a hold of the second-hand gaming market, as running a disc on a second and third console will cost users some fee, as revealed during the unveiling ceremony.

There is a mounting confusion about the console’s requirement of a continuous Internet connection. Rumors of such a requirement have been floating around for months. Earlier this month, the company said that “it does not have to be always connected, but Xbox One does require a connection to the Internet.” Not mentioning this topic at all during last week’s press conference did not help clear things up, and the issue of internet connectivity remains to be seen. Despite these facts, the company told CNET that gamertags and the different achievements that go along will transfer over to the new Xbox One online system.

PC magazine has revealed that Microsoft promises to deliver about 15 Xbox-exclusive games during the console’s first year in the market. As part of the event at Redmond, Microsoft has also displayed the benefits of its deals with companies such as EA Sports and Activision. EA executive Andrew Wilson’s presentation included snippets of the brand’s most popular franchises: Madden, FIFA, NBA Live, and UFC.