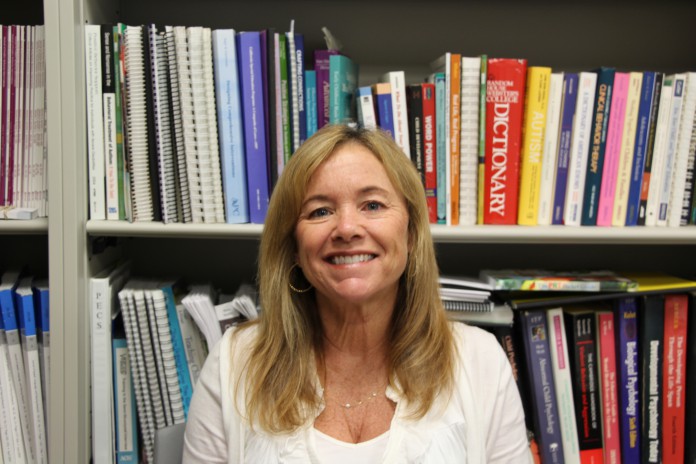 Researchers and clinicians at the University of California, Santa Barbara’s Koegel Autism Center have found success in a treatment for individuals with Autism Spectrum Disorder (ASD).

Pivotal Response Treatment (PRT) is a treatment for autism developed by Dr. Robert Koegel and Dr. Lynn Koegel of the Koegel Autism Center that, through empirical testing, has demonstrated evidence not only for positive behavioral results, but for beneficial neurological changes as well.

PRT is remarkable in not just the clinical results, but in the method as well. It does not require expensive and nerve-wracking medical treatment, but simply the cooperation of the child’s family and extended social network in modifying the child’s behavior. In “Pivotal Response Treatments for Autism: Communication, Social, & Academic Development,” a book written by Dr. Robert L. Koegel and Dr. Lynn Kern Koegel, it is stated that PRT uses both a developmental approach and applied behavior analysis for treatment.

“Pivotal responses” are target areas of behavior that, when learned, produce positive changes in many other untreated areas as well. Five pivotal areas have been the focus of research in PRT thus far: motivation, responses to multiple cues, self-management, self-initiations, and empathy. For example, a primary cognitive deficit in children with autism is in joint attention, or the alternating of attention between an object and a communicative partner. Stimulus over-selectivity, focusing on an irrelevant component of an object or partner, is at the root of this deficit. As a result, an individual with ASD will become discouraged with social interaction and disengage with his or her surroundings. Through targeting a pivotal area, such as responses to multiple cues, other behavioral improvements will follow the success of that specific area.

Through reinforcing the responses of children with autism, PRT aims to motivate those with autism by countering the discouragement that can accompany repeated failure. According to Dr. Lynn Koegel, the Clinical Director of Koegel Autism Center and Broad Asperger Center, “rewarding the attempt is crucial for keeping the child motivated since it is important that they are encouraged for trying.” When rewarding attempts is “combined with other motivational components, there are huge improvements in the children’s functioning compared with other interventions,” she said.

The children’s tasks range in difficulty from playing a favorite game to doing homework and socializing, but the underlying motivational components, such as positive reinforcement, are incorporated throughout each activity. In addition, utilizing PRT in natural environments, such as at home or school is essential in facilitating typical social interactions and, subsequently, a more normal developmental course.

A recent study by Yale University concluded that upon implementation of PRT, children with Autism Spectrum Disorder were able to make significant improvements in their core difficulties—specifically areas relating to social motivation and perception (including joint attention). Through the use of fMRI imaging, encouraging neurological changes were evident after treatment, suggesting that the neurological abnormalities in children with autism are in fact malleable and that more normal brain functioning through Pivotal Response Treatment is attainable.

The future for Pivotal Response Treatment is bright. As a result of the efficacy and dynamic nature of PRT, individuals with autism ranging from 4 months old to 60 years old have been successfully treated. The Koegel Autism Center has made a global impact by not only receiving individuals for treatment from around the world, but also by catalyzing the study and implementation of PRT on a global scale. With the continual growth of Pivotal Response Treatment and its facilitation of breakthroughs in the treatment of Autism Spectrum Disorder, the quality of millions of lives will be tremendously improved—a truly remarkable and inspirational achievement.