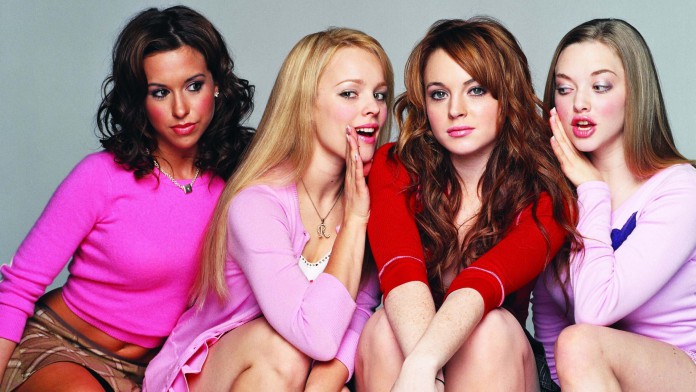 I am so sorry if you have yet to be familiar with the most beautiful email sent from one of the University of Maryland’s Delta Gamma sisters to her fellow sorority members. Our God Damn Independent population high fives amidst our horrified and teary-eyed Greek counterparts; did Miss Martinson unknowingly educate thousands upon thousands on what happens behind a sorority’s closed doors? Or is she just an exception to the Panhellenic rule of perfection?

Thanks to the wonders of the world wide web, her email went viral April 18, 2013, and now the world can be privy to the pure eloquence that Rebecca Martinson expresses to her “weird” and “awkward” sisters who were apparently unable to “social” with (translation: bang) the sorority’s match up fraternity, Sigma Nu. The email is so littered with profanity that her father has probably had some seriously sweaty eyes this past week.

The silver-tongued devil wrote: “Are you people f**king retarded? That’s not a rhetorical question, I LITERALLY want you to email me back telling me if you’re mentally slow so I can make sure you don’t go to anymore night time events.”

No more nighttime events?! But what else can I do in a sorority?

The Delta Gamma Fraternity Foundation writes on its website that it is built upon the motto “Do Good.” Members are expected to “live this motto daily through philanthropy work, a commitment to sisterhood and an appreciation for others.” Keywords being “commitment to sisterhood” and “appreciation of others.” DG also takes pride in its “bond of Delta Gamma sisterhood” that “gives members the chance to meet people they may never have met. These connections often last a lifetime.” Unless Rebecca Martinson “c**t punts” you first.

The blatant irony is what really hits the Panhellenic system hard. This establishment prides itself on cookie-cutter college students that just can’t get enough of those community and service projects. But then here’s Martinson saying “punch yourself in the face right now so that I don’t have to f**king find you on campus to do it myself.”

Greek armies have run to Martinson’s side in defense but have made sure to cover their own asses first: “we want to make it clear that this letter in no way reflects the values of Delta Gamma as an International Fraternity or our chapter at the University of Maryland” writes the President, Laurie Petrucce in a statement. University of California, Santa Barbara’s own DG chapter president stated, “we simply cannot speak for such a large organization.”

It’s true, we have to take a step back. In reality, Martinson is just a bitch on a power trip. This doesn’t mean that the entire sorority all over the nation is made up of an army of equally articulate members. Martinson may not even be like this normally; maybe it’s the collision of “that time of the month” and the stress from her leadership role in a prominent sorority, that pushed her over the edge. Who am I to judge her first-world problems?

Well, let’s see, I think Martinson opened herself up to judgment the minute she decided to be branded by DG. Your affiliation with an institution that promotes etiquette and decorum along with a handful of other Stepford Wivian traits means that the minute you violate said values, I and anybody else can point and laugh at you. Sorry, not sorry.

So, there are really three paths you can scamper down to reach your conclusion about Martinson and the Panhellenic system overall. You can deduce that Martinson is an atypical sorority sister or that her verbose freak-out was atypical in itself—not to represent her as a leading lady, or DG overall. You can decide that Martinson represents the gross hypocrisy that all us independent folk have been trying to prove for years about the Panhellenic system. Or, maybe we can all just accept the fact that the Panhellenic system is innately flawed, and that the stereotype of the sorority girl that pervades current culture is in fact an accurate representation of reality.

Let me take a leaf out of Martinson’s book for a minute and say, for those of you in the Greek system who are offended at this article, I would apologize but I really don’t give a f**k. Don’t worry though, I would never ask you to “go f**k yourself.”

Op-Ed: The Problem with Thanksgiving

Disable The Stigma Of Mental Disabilities