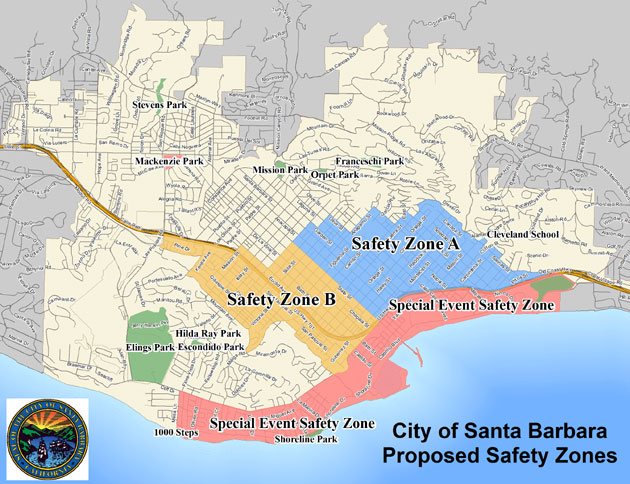 Concerned community members filled the Santa Barbara City Council meeting on May 14 to protest the SB Gang Injunction, a referendum that was initially presented in 2011 and is still being debated in the City Council. Local grassroots organization PODER, People Organization for the Defense and Equal Rights of Santa Barbara Youth, held a rally outside of the City Hall building prior to the meeting’s commencement.

The Gang Injunction was initially presented in 2011 as a solution to increased gang activity and gang related crime in the Santa Barbara area. Since then, the injunction has received criticism and support. Supporters claim the injunction will help decrease gang recruitment and activity while others believe the injunction leads to racial profiling and has no long term effects on gang activity.

Gabriela Hernandez served as a coordinator for the protest and has been involved in PODER since the SB Gang Injunction was first presented. Hernandez believes the supports she grew up with should be reinstated to help prevent youths from joining gangs.

“I was one of those at-risk youths,” said Hernandez. “I was in and out of juvenile hall and gladly, I had a lot of programs then…I had a therapist. My mom had a therapist…My case manager…And the difference I see between now and then is there was a lot more community policing.”

Hernandez said the Gang Injunction is a ridiculously harsh punishment for gang activities.

“So let’s just call this gang injunction what it is,” said Hernandez. “It is a life sentence for past convictions….and gang injunctions are actually based on racism. There are over 5,000 documented white supremacist gangs in California, but a gang injunction has never been discussed or imposed on them.”

“This injunction will not impact our defendant’s fiancé unless she and her fiancé decide to hang out with other gang members,” said Wiley.

City Council Member Cathy Murillo said the injunction’s wording does not make clear this concept of regulation, and she encouraged Wiley to include it.

“It really looks like if you’re near a school and you’re one of these injunction defendants,” said Murillo, “you might be contacted by the police. So I would offer that everything should be very carefully worded to give people some assurances.”

“Our proposal to the judge is that this is just a tool,” said Sanchez. “We may not get it from the judge or we may get an even more limited gang injunction, but I still believe and the department believes that this would be a good tool to have in our tool box to try to deter these things [gang activity] from occurring.”

City Council Member Grant House inquired about the issue of racial profiling and community members worrying that the injunction will lead to targeting a specific class of people even if they’re not a part of the injunction. Sanchez believed combating this issue was a matter of training the police to behave professionally and appropriately.

“I think that part of our training will be to focus on being professional,” said Sanchez. “We have had officers over the years that have not been who are no longer here. I’m a pretty tough disciplinarian, most people know that, and I think the focus is going to be on behavior…on criminal behavior.”

Other communities members worried the behavior of the police and even those involved in the gang injunction are not the key issues. Daraka Larimore-Hall, chair of the SB Democratic Party, presented at public comment stating that the organization does not support the SB Gang Injunction. Larimore-Hall disagreed with how long it took the SB City Council to bring this issue to public comment.

“This is a town in which putting in a Bevmo almost shut us down with public comment and public outcry and public discussion, where trimming a tree is a matter for discursive exercises and community dialogue every day and every week,” said Larimore-Hall. “Somehow this is the first time that there’s a public hearing about something that’s already cost us hundreds of thousands of dollars and will have a major, major impact on this community.”

Chelsea Lancaster, a student program adviser who spoke during public comment, said this injunction would not handle the issue the way it’s promoted as doing.

The City Council will continue to discuss the gang injunction past public comment and the city council meeting, and no definitive date for a decision on the issue has been set.

Photo Courtesy of the City of Santa Barbara