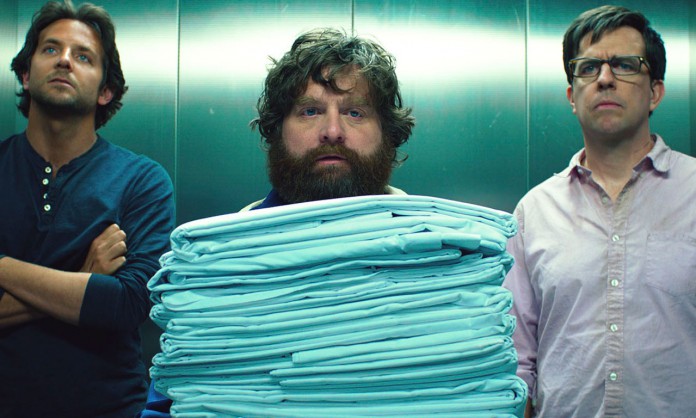 It seems like yesterday that the raunchy and raucous buddy flick “The Hangover” dominated theaters and hit audiences like a double shot of Bacardi 151. After a subsequent sequel, the finale to the epic comedy trilogy concludes with “The Hangover Part III,” which opened on May 23.

Like other viewers, I wasn’t sure how well the third movie would live up to its predecessors. Would it fail to meet expectations, as did “The Hangover Part II”? Would it retain some of that Vegas magic displayed in the first movie? Luckily, the movie answered my questions in the best ways possible, and I left the theater buzzing with a sense of satisfaction.

Critics of the film believe that the series has become way too predictable, and that “The Hangover Part III” is a tired ending to a burnt out franchise. Of course the series has become predictable—I don’t deny it; basically the same exact plot runs through all three movies. Alan (played by Zach Galifianakis) always drugs his friends, someone always ends up missing, Phil (played by Bradley Cooper) is always the cool and collected guy in the group, and Stu (played by Ed Helms) always ends the movie with a lingering sense of regret. But isn’t that part of what makes the series so great? It’s a winning formula that thrives not on what happens next, necessarily, but rather how it happens—which often involves some form of nudity, unconventional animal, or reckless injury. That being said, “Part III” includes all of the characteristics that made the first two movies successful, but also distinguishes itself as the end to a saga and a sense of closure for audiences. Case in point: it might come as a huge shocker, but there are no actual hangovers weaved into the storyline.

“Part III” also shines thanks to Galifianakis’ performance as Alan, which I believe is at its prime compared to the earlier parts of the trilogy. He is the modern day John Belushi, no question. Only he would purchase a giraffe, tow it on the highway, and accidentally behead it; antics aside, his awkward naivete perfectly complements his fantastic beard.

As an independent movie, “The Hangover Part III” effectively recycled the lovable and familiar elements of its predecessors. But taking all three parts of the trilogy into consideration, I’d say that it was a fantastic culmination to a ridiculous, thrilling series.