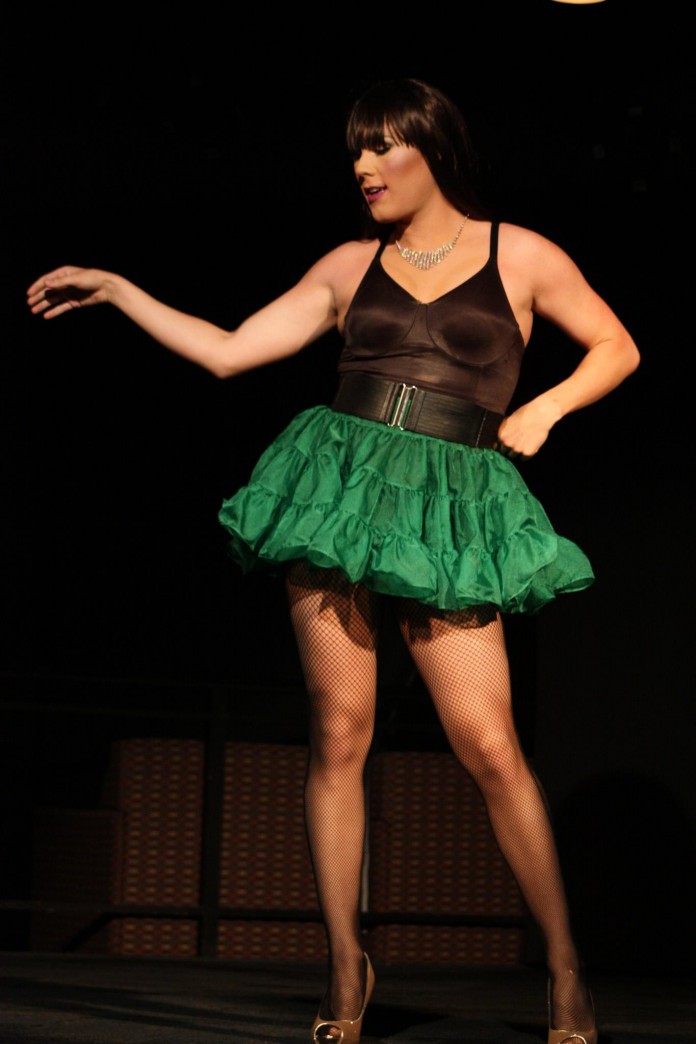 False eyelashes, sequins, heels so high ankles quaked in fear at the sight of them, and enough makeup to hide an entire body part radiated across the University of California, Santa Barbara Hub stage on the night of Monday, April 29. No, it wasn’t a Beyoncé concert and there was no Lady Gaga in the immediate vicinity. Instead, it was the ever-excitable and always feisty ladies of the UCSB Pride Student Run Drag Show.

Ladies of all colors, sizes, and hairdos danced and lip synced their way across the stage and through the crowd, occasionally snapping a heel strap or losing a veil, but always maintaining the fierce attitude UCSB students have come to love. Though some of the performers such as the two classy and sassy hosts Jenna Scyde and Avery Daniels, also known as UCSB students Andrew Hamlin and Nick Newton, respectively, had experienced the glitz and glamour of the drag stage before, several of the performers got their first experience of performing in high heels and dresses at the event.

“This is actually my one year anniversary of being a drag queen,” Daniels said, “so I can see myself in these new young boys a year ago. It’s so great to get that new energy.”

Jenna Scyde explained that many UCSB students get their first taste of drag during the fall quarter and don’t feel confident enough to perform until spring quarter, when the Student Run Drag Show during UCSB Pride is the best opportunity.

“Having a lot of new people is always really exciting,” said Scyde, “because everyone in the backroom’s always really nervous and scared because it’s their first time. Then you see this excitement in their eyes right when they get off the stage and you know they didn’t get enough, and they just want to be up their longer. It’s fantastic.”

The nervousness must have left the performers at the curtain as they showed no sign of anything but confidence and happily danced to pop songs like Gwen Stefani’s  “Hollaback Girl” and Rihanna’s “Russian Roulette.” The only drag king wrapped himself in a black feather boa and lingerie to saunter to the classic Rocky Horror Picture Show’s “Sweet Transvestite.” Whether it be Gangnam style, Rihanna, or singing transvestites, the stars of the drag show offered up their brightest sparkle and their best hair flips to ensure the success of the event that Scyde said is all due to student dedication.

“I really liked this drag show a lot,” Scyde said. “It had a lot of student participation whereas the last one we brought a lot of outsiders to entertain, and this time the students got to participate. They got to say ‘f**k gender.’ They didn’t conform, and they did whatever they wanted to do, and they had fun. I think people had fun watching them, which is great.”

If the cheers and smiling faces of those attending the crowded and filled to capacity event were any indication, the audience had nearly as great a time watching the performance as the performers had presenting it.

“It’s so great, especially with UCSB pride, just for everybody to get together and have a great time and just be a perfect community,” Daniels said. “So many people…have no idea this exists, even on campus, so for people to get together and enjoy this all together as Gauchos is so amazing.”

The fact that only Gauchos worked the stage like it was their birthright did nothing to detract from the high quality of the dances, costumes, and personas, as each drag queen and king did whatever it took to bring their fiercest drag to the stage.

“I broke my heel,” said drag queen Jane Ivery after the show, “but at least my face is pretty.”

Whether it be broken heels or duct taped nether-regions, drag queens sacrifice for their craft in a way that only true athletes can understand. Walking around in five-inch heels is no easy task, but the Student Run Drag Show’s queens and king made it look effortless. Every misstep was more than rectified by choreography that would put Britney Spears to shame and every participant of SRDS should shake their pride flags (and fake boobs) with all the pride they can.

“Wherever there’s money and a pair of heels to be worn,” said Daniels about her future in drag, “I’ll be there.”

A Changing Landscape for the Isla Vista Houseless