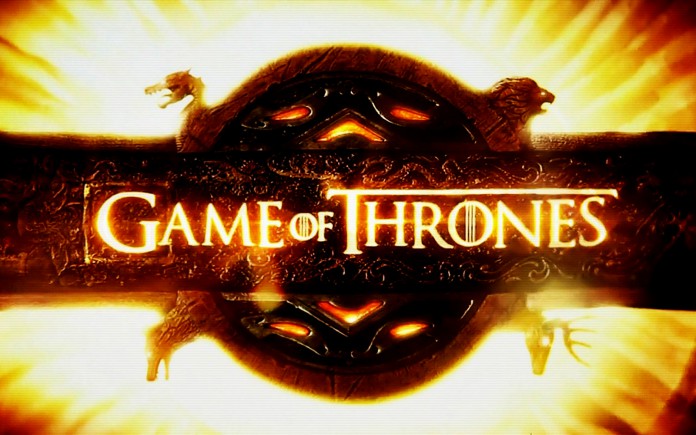 A small 10-year-old boy climbs a tower, and his pet wolf waits for him on the ground below. He hears voices coming from a window and looks in, only to see the queen and her brother there together—alone. The queen’s brother grabs her and holds her in a way that is not how a brother holds his sister, and the queen begins panting heavily—whether in pleasure or pain, the boy can’t tell. Then, all too quickly, the queen sees the boy and orders her brother to stop, and the boy knows he’s in trouble. Congratulations! You’ve just stumbled onto one of the many risqué scenes HBO’s “Game of Thrones” has to offer!

So what exactly is “Game of Thrones”? Based on George R. R. Martin’s series “A Song of Ice and Fire,” HBO’s show explores the noble houses of Stark, Lannister, Baratheon, Greyjoy, Tully, and Targaryen as they struggle to survive in the political mess that is their world. You may find it similar to Lord of the Rings, but it only takes a couple of episodes (or chapters) to see that “Game of Thrones” (“A Song of Ice and Fire”) is in a league of its own.

Here’s a quick synopsis: basically, after a long and brutal civil war, the Baratheons replaced the Targaryens on the throne, and peace reigned for several years. However, when the King’s Hand (a fancy term for “secretary”), Jon Arryn, passes away, King Robert Baratheon asks his old friend Ned Stark (played by Sean Bean, who also appeared in Peter Jackson’s “Lord of the Rings: The Fellowship of the Ring”) to become the new King’s Hand. Ned’s sister-in-law, Jon Arryn’s widow, firmly believes that there is more to her husband’s death than what meets the eye, and Queen Cersei Lannister looks suspicious. Ned accepts, due partially to his wife, Catelyn Tully’s persistence. Meanwhile, Daenerys and Viserys Targaryen, the children of the old deposed king, seek to reclaim their throne. And it all goes downhill from there.

At first glance, “Game of Thrones” is very similar to “Lord of the Rings,” but as previously stated, there is much more to “Game of Thrones” than meets the eye. One of the central themes of “Lord of the Rings” is how good triumphs over evil, but, in “Game of Thrones,” how can good triumph over evil when “good” and “evil” are so ambiguous and vague? Over the course of the series, you never really get a clear picture of who is “good” and who is “evil,” and morality in general is just one giant grey area. You can count on your fingers the number of purely “good” or “evil” characters present in the series, and have fun watching that number slowly dwindle as those characters die.

The novels take this a step further, as each chapter is taken from the point of view of a different character, versus a omniscient perspective in the show. Slap on a gratuitous amount of unreliable narrator, with each character absolutely convinced that he or she is right, and the characters’ already ambiguous morality becomes even foggier. But for the most part, it’s about character development, how each of these vastly different characters on different sides of the same conflict grow on you, despite other characters’ antagonizing views toward each other. Like their world, you become just as confused and lost in it.

In a world filled with political arrangements and back-stabbings, it’s only natural that you’ll find a good deal of promiscuity. The interaction between Cersei and Jaime Lannister described above, is one of the more infamous examples. The show depicts the scene in graphic detail, as you can imagine, with poor little Bran looking on. The novel, however, depicts this scene from Bran’s innocent perspective—you, as the reader, know exactly what’s going on. Later, you’ll also find a sex scene between Daenerys Targaryen and her husband Khal Drogo; note that Daenerys is 13. If you’ve seen HBO’s “The Tudors,” then you will find that nudity and sexuality are common, and casual elements in each episode.

So what’s the point of all this promiscuity? It’s open to any interpretation. I believe that it’s there more for shock value than anything else. When you see the younger characters, like Daenerys, in those kinds of situations, you’re painfully reminded that these are—for all intents and purposes—children thrown into a harsh and cruel adult world that in some cases, proves to be too much for them to handle. You feel bad for them; you root for them and hope that Daenerys does retake the iron throne or that Bran will someday reunite with his family.

“Game of Thrones” is a tale that will leave you clinging to the edge of your seat with each episode. The intricate web of relationships, alliance and enemies reels you in, entertaining you with humor, suspense and indeed sex. Perhaps the nudity is little amped up in the show, but then again, it is a magnificent series that brings to life the captivating story of a world unknown to us.