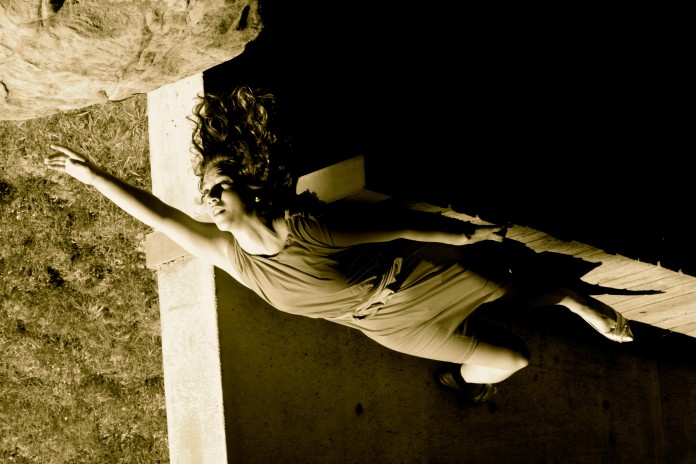 Three summers ago, I acted in a production of “Eurydice,” written by Sarah Ruhl. So when I heard that it was on tap at the University of California, Santa Barbara’s Hatlen Theater, I immediately decided to see it. The post-modern interpretation of the Greek myth, which made its debut on May 24 and runs until June 1, was adapted and recreated by UCSB’s Theater and Dance department. Given my prior exposure to the play, I was curious to see what kind of spin UCSB cast would put on it, and how effective it would be.

“Eurydice” chronicles the story of Orpheus (played by Julian Remulla), the son of Apollo, and his new wife, the eponymous Eurydice (played by Megan Caniglia). Upon her marriage, the Nasty Interesting Man (played by Christopher Costanzo) seduces Eurydice, causing her to fall off a building. Her death catalyzes the transportation of her body to the underworld, where she unknowingly meets her father. Because she is dipped in a special river upon arrival, Eurydice loses her memories; as a result, her father has to remind her of himself, her family, and her husband. During Eurydice’s time in the underworld, Orpheus suffers without her and decides to find her. His quest brings him to the underworld where he meets the Child (also played by Costanzo), provoking a subsequent series of events that jeopardizes his marriage with Eurydice and puts their happiness at stake.

I commend director Jeff Mills’ choice to include a singer and a live orchestra to manifest the actors’ lines while the actors conveyed the story with their bodies. The utilization of sound effects added to the story, and distinctly represented transitions between the real world and the underworld to make it easier for the audience to identify certain parts of the plot. Mills also notably incorporated flowing fountains from each tier of the platformed stage to represent water, which symbolized death in the play.

Whereas the stage setup and atmosphere prospered, I felt that the relationship between Orpheous and Eurydice failed to fully entice the audience, as did others such as those between Eurydice and her father, and Eurydice and the Nasty Interesting Man. It was a shame, because the play centers around the characters’ mutual love for one another. Although the love in Orpheus and Eurydice’s relationship did appear to strengthen over the course of the play, the connection was still weak in my opinion.

In contrast, the Nasty Interesting Man elicited much laughter from the audience. While acting in the upper world, Costanzo made sly, ambiguous remarks that played up the humorous traits of her character. Later in the play, when he adopts the role of the Child, Costanzo demonstrated ease switching to a blunt and straightforward persona, evidencing his versatility as an actor. It was fascinating to see how Costanzo adapted himself to two different characters who both had the same intentions of seducing Eurydice.

I was, however, disappointed by Eurydice’s death scene, in which she climbed up a black silk tapestry before slowly falling to her “death.” In the performance of the play that I participated in, cast members passed Eurydice down from a high platform to one another to demonstrate her metaphorically floating down into the underworld. The transitioning from life to death in Eurydice’s death scene in the UCSB version of the show did not flow seamlessly. The scenes cut from one to another, from her “falling” off the high-rise apartment to an interpretive act on a black silk.

In the last scene of the play, when each of the characters “dips” themselves in the river, they simply stand in the river without shoes and take water in their palms and splash it on themselves. This symbolic action could have been strengthened because the river and washing away of memories were central ideas of the play. In the version of the show I was in, the Child—the lord of the underworld—dumped a bucket of water on each character to symbolize the evilness and death overcoming each one.

Despite its shortcomings in some areas, I felt that the play shined overall. The nature of the play is open to interpretations, thus provoking and stemming intellectual thought and conversation from the audience.