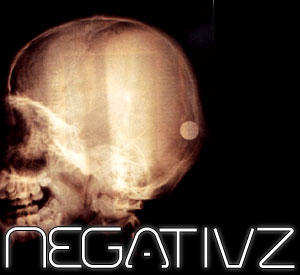 A University of California, Santa Barbara research team has broken new ground on the anatomy of the human brain and its relationship to functional connectivity. Featured in a recent issue of the Proceedings of the National Academy of Sciences, their study utilized functional magnetic resonance imaging (fMRI) technology to chart the neural wiring system that promotes cognitive activity.

The UCSB Brain Imaging Center has developed innovative empirical strategies in neuroscience study, especially in the fields of memory, attention and learning strategies. Earlier this year, the academic community acclaimed the Brain Imaging Center for their breakthroughs on split-brain studies, but this present team has opened new doors on the intricate interplay of white-matter network pathways that facilitate cognitive functions at disparate regions for resting and memory.

“Much like a road map tells us how much traffic we expect to flow from L.A. to Santa Barbara, we found that the map of neural cables in the brain tells us something about putative ‘traffic flow’ between different brain regions,” said Hermundstad. According to the study, these deep electric grooves coordinate comprehensive connections on how the mind processes optical information. Hermundstad attested that this evidence helps scientists “understand how different brain regions work together in order to support cognitive functionality.”

The fundamental scientific technology utilized during the study was multiple-trial MRI brain scans, which produced a diverse catalog of data for analysis. One trial of diffusion tensor imaging (DTI) was used to diagram the flow of water molecules and develop theoretical anatomical conduits within the brain, while four fMRI scans charted neural activity by mapped variations in blood-oxygen content. The scans were divided into subject tasks: while at rest, executing an attention assignment, memory tasks for facial and word recognition. Brain maps were assembled from the test data, detailing the strength of anatomical connectivity (length and number of neural cables) and functional connectivity (correlated communication between brain regions).

Hermundstad indicated that the study went beyond specific brain regions and illuminated the researchers to connectivity between all of the cortical brain. The results suggested that a network of anatomical pathways strengthen in specific areas during different mental stresses—neural cables lighting up during rest would not be as strong when a subject was performing a task, and vice versa.

In the UCSB Press Release, Grafton spoke on the important precision of the research.

“There have been tens of thousands of experiments mapping out the cortex of the brain…But it’s a very modular view. There are networks involved, and sets of regions that work together,” said Grafton.

Despite the breakthroughs made by the study, Hermundstad believes there is still further work to be done.

“These results are important for understanding how the same anatomical pathways (the same set of neural cables) can support such a vast array of different functions. This also makes predictions about the implications of neurological disorders,” she said. In the case of local tissue degradation, these studies could help scientists understand how a subject is cognitively affected when attending to tasks.

The result of the white-matter neural pathway study provides theoretical answers to the many questions surrounding brain connectivity, but Hermundstad and the other researchers developed even more scientific questions.

“We have many exciting directions for future work. We are currently investigating how these structural and functional network maps relate to behavioral performance,” said Hermundstad. “We would also like to investigate how the relationship between anatomy and function evolves over the course of a lifetime.”

Faced with questions regarding the use of brain maps as diagnostic tools for neurological disorders and  how this particular configuration of neural cables affects the speed or reliability of information transfer in the brain, there are still many more experimental trials, MRI scans, and developmental hypotheses to be undertaken by the UCSB Brain Imaging Center. Stocked with new tools and information, the research will continue.