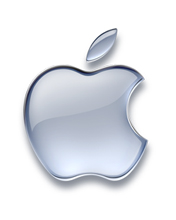 Did Apple Inc., one of the most popular tech companies on the planet, con the American government in order to pay less in taxes?

Taxes are always a complex issue, so here is a quick breakdown: According to Bloomberg Magazine, a congress investigation committee is blaming Apple for tricking the U.S. tax code in order to avoid paying over $30 billion to the U.S. government. Senate investigators blamed Apple for using a shady global-scale tax structure in order to avoid paying taxes, according to CNBC. This issue swept the business world last week. After all, the company has worked hard to build a good image of itself: its products are sought after by all, and turned down by none.

Even the occasional scandal over the conditions in Apple’s factories in China washes away as soon as a new toy branded with the bitten apple sign rolls out to the market. After all, do we, as customers, care about the morality of our favorite companies, such as Apple?

I have to admit, I have always been a part of the Mac world. I have owned an iPhone at one point in my life (although I no longer do), and I am using an Apple computer to write this article. Chances are, I am not the exception. Take one quick look around a University of California, Santa Barbara classroom, and you will see Mac computers everywhere—each worth a thousand dollars, give or take. Multiply that by the number of students, and you get tens of thousands of dollars in profit going straight to Apple’s headquarters in northern California.

Tax evasion has always been a sensitive topic in the United States. The combination of the two words floats memories of big time business crooks, like Bernie Madoff or Enron, that took millions of dollars and ran as fast as they could. Apple makes millions of dollars in revenue each year, and is already a living legend when it comes to technological innovation. This company makes more money than some European states. So, why risk a collision with the U.S. government? It is also important to look beyond the label of “big corporation trying to trick us again,” and truly answer this question: did Apple actually do anything wrong?

The short answer is no. Apple did not do anything illegal. It bypassed some tax liabilities by shifting offshore accounts and subsidiaries. Big deal—according to a Bloomberg report, released shortly after CEO Tim Cook’s testimony in congress, Google and Microsoft do their fair share of offshore account juggling as well. An odd defender of the tech giant was none other than Kentucky Sen. Rand Paul, notorious for his 13-hour filibuster back in March. Blasting his colleagues, Paul ranted about even starting the investigation, adding that he is “offended by the spectacle of dragging in executives from an American company that is not doing anything illegal.” This time, Paul had got a point. Apple is not doing anything illegal. But that is exactly the problem. The average citizen cannot afford to keep an offshore bank account that would save him or her a bit of money. Not to mention, that citizen would not keep away $30 billion from the government—simply because he or she would never make that much money.

Sincerely, would Apple consumers even care? I certainly wouldn’t if I were about to get the new MacBook Air or the iPhone 5. This scandal might besmirch the company’s reputation a bit. But in a world with an attention span shorter than the evening news, consumers will probably forget all about this issue before they even make it to an Apple retail store.

Apple was just taking advantage of this country’s defunct tax code that spans thousands of pages. No one seems to understand what the murky question of what is illegal and what is not, and Congress cannot blame the company for doing America wrong. After all, Apple is just Apple, Incorporated—a company that would do anything to maximize its profits. Even if that means doing something wrong, but legal.