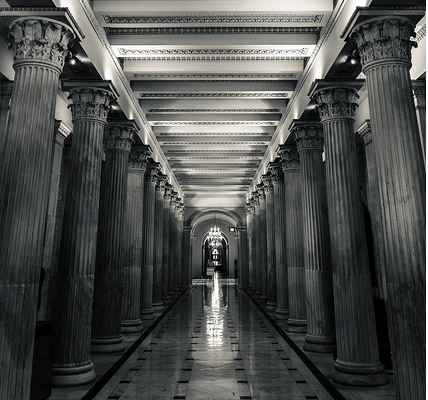 Congressional gridlock over immigration reform may be near its conclusion this week, as senators on a special working committee finish overhauling the nation’s latest immigration laws. A proposed deal would include a “path to citizenship” for the roughly 11 million illegal immigrants currently in the United States, while offering tougher border security measures funded by the federal government.

In a process typical of the so-far ineffectual 113th Congress, a group of eight senators has spent months working on a bill that would satisfy the demands of both Democrats and Republicans. But even if the bill is agreed upon, it is still up to both the House of Representatives and the Senate to debate the law, and then vote before it can pass into law. The group of senators working on the new law, known as the Gang of Eight, includes power brokers like Lindsey Graham (R-SC) and John McCain (R-AZ) as well as immigration policy buffs like Robert Menendez (D-NJ) and Michael Bennet (D-CO). Also among the special group are Sens. Marco Rubio (R-FL), Jeff Flake (R-AZ), Robert Menendez (D-NJ), Dick Durbin (D-IL), Michael Bennet (D-CO), and Chuck Schumer (D-NY).
While the debate over immigration laws has carried on for decades, state politicians across the country have upped the ante in recent years through a cornucopia of tough laws on undocumented and unauthorized immigrants. The most famous case has undoubtedly been in Arizona, where, in 2010, Gove. Jan Brewer put pressure on the federal government by signing into law S.B. 1070, a law that introduced new measures of cracking down on undocumented immigration in the state. Among the law’s more controversial aspects are clauses that allow state police to stop any person they suspect of being in the United States illegally, and those that make it unlawful under state law for an individual to apply for employment without federal work authorization. Civil rights groups including the American Civil Liberties Union decried the law as a draconian attempt to limit civil liberties, and a challenge to the law went all the way to the Supreme Court in June 2012. The law survived its day in the Court, with justices voting 5-3 to uphold the law, but decided to strike down key parts of the law and gave Arizona officials a warning that it would monitor implementation.
According to CNN, the current bill being hammered out by the Group of Eight will be engineered to allay fears of conservatives that undocumented immigrants currently in the United States will put an undue burden on American taxpayers. As many as 11 million undocumented immigrants currently reside in the United States, and many rely on government welfare programs such as public schools, which are funded by taxpayers. Yet many liberals dispute this claim, arguing that undocumented immigrants do indeed pay taxes. A study conducted by the Immigration Policy Center in Washington, D.C., undocumented immigrants funnel as much as $2.75 billion in taxes every year to the state of California alone, leading other states such as Texas and Florida, whose combined taxes from immigrants also surpass $1 billion.