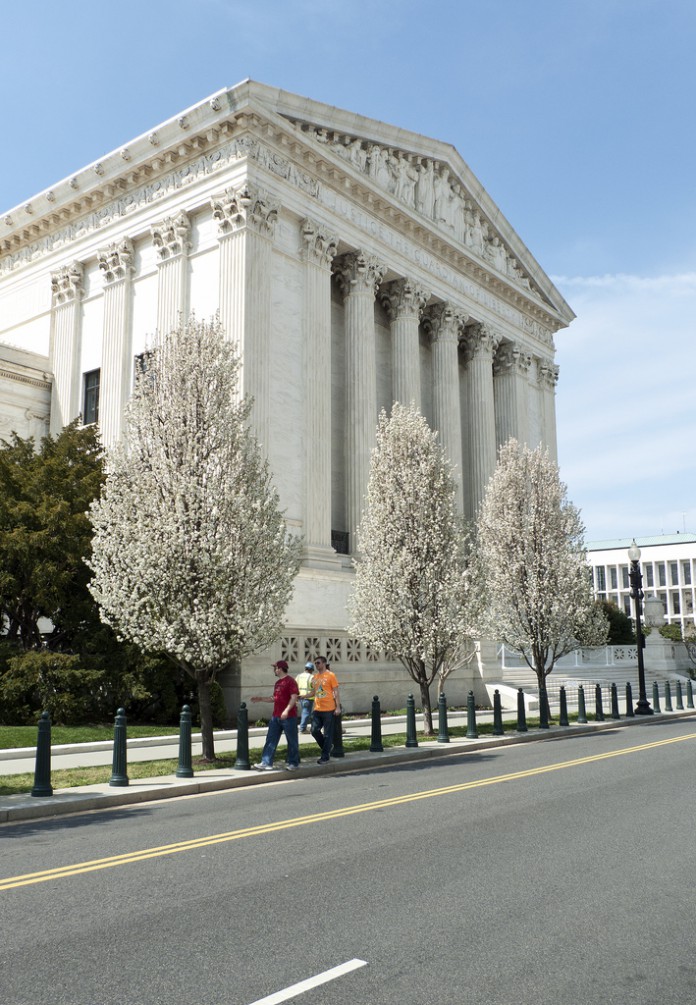 It isn’t often that the Supreme Court decides to hear a case that it doesn’t want to hear, but that seems to be the case with Hollingsworth v. Perry—more commonly known as the Supreme Court case regarding Proposition 8.

Two weeks ago, the United States Supreme Court heard arguments for and against Proposition 8, an initiative passed in 2008 in California by a margin of 52.24 percent to 47.76 percent. The case, formally known as Hollingsworth v. Perry, is a continuation of more local cases that eventually culminated in the California Supreme Court striking down Proposition 8 in the case Perry v. Schwarzenegger. Though the United States Supreme Court interprets the federal Constitution, the parameters of the case make it unlikely that the court will issue a wide reaching mandate on the subject of gay marriage in the decision expected to be published in June of this year.

California’s government declined to challenge the state Supreme Court’s ruling that this new law was unconstitutional, so the proponents of the proposition stepped in to take the case to the federal courts.  Sonia Sotomayor questioned the plaintiff’s right to a case.

“How does [Proposition 8] create an injury to [you] separate from that of every other taxpayer to have laws enforced?” Sotomayor said. She and Antonin Scalia eventually concluded that spending time arguing about whether or not the case should be heard was futile, though.

“It’s too late for that…We have crossed that river, I think.” Scalia said.

Even when discussing the contents of the proposition, the justices had difficulty finding tangible evidence to discuss. Anthony Kennedy, considered by some to be the least predictable vote on the Supreme Court, also commented on negative consequences of hearing the case earlier than it might have been heard.

“I think there’s substantial…substance to the point that sociological information is new. We have five years of information to weigh against 2,000 years of history or more. On the other hand, there is an immediate legal injury or…what could be a legal injury, and that’s the voice of [the] children. There are some 40,000 children in California, according to the Red Brief, that live with same-sex parents,” Kennedy said.

The supporters of Proposition 8 and their opponents both sought to prove that same-sex marriage either is or is not detrimental to a child’s development, respectively. Both sides conceded that there has been no proof admissible as evidence on the matter.

Lastly, what foretells a narrow decision, one that will not likely issue a mandate on par with the 9-0 Supreme Court decision Brown v. Board of Education, is Samuel Alito’s reaction to the closing arguments.

“You want [the Supreme Court] to step in and render a decision based on an assessment of the effects of this institution [gay marriage] which is newer than cell phones or the Internet? I mean, we do not have the ability to see the future. On a question like that, of such fundamental importance, why should it not be left for the people…to decide,” Justice Alito asked of both sides.

In all, the lack of substantial and tangible evidence prompted the justices to approach the arguments with some apprehension, and expressed doubt as to whether either side had enough of an argument to prove their cases superior. The court must decide whether Proposition 8 is unconstitutional or not, but they are not obligated or seemingly likely to write a mandate for or against all same-sex marriage.