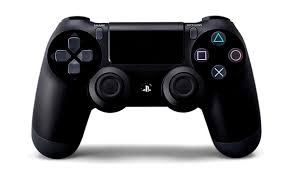 The new generation of gaming is almost upon us. On Feb. 20, Sony held a press conference to unveil the PS4, the first truly next-gen console. While the WiiU has already seen its release, Sony’s new machine appears to be the first platform announced this time around that is truly pushing the envelope from a technical perspective (even though there is still no information on what the console itself looks like). A solid collection of games has been revealed for the new console, as well as new toys like a renovated Dualshock 4 controller with a touch screen, but a significant portion of the press conference involved Sony demonstrating that they had learned from the mistakes made with the PS3 and were ready to compete fiercely on a technical level.

To understand the importance of the PS4’s new specifications, it is necessary to understand where the last PlayStation went wrong. When the PS3 was announced, Sony heavily publicized its new Cell processing system. Sparing the more technical details, instead of having one processor run the entire console, there would be a number of slightly smaller processors all feeding data to one “managing” chip. This was supposed to proffer the PS3 the best performance of the last generation, but it struggled to ever look more impressive than the Xbox 360.

The PS4, however, has been completely renovated under the hood. This console is built much more like a traditional PC: it features a single chip processor with eight AMD central processing unit cores and a high-powered AMD Radeon graphics card. Sharif Sakr of Engadget reports, “AMD’s current top-end APU only delivers around 700 GFLOPs of compute power from its CPU and GPU combined. We’re told the PS4’s processor delivers nearly 2 TFLOPs from its GPU alone. In other words, we’re looking at 3X compute performance before we even get to the eight-core CPU.”

If that sounds completely unintelligible, allow me to summarize. An APU is a processor that essentially combines the functions of the Central and Graphic Processing Units (CPU and GPU), and a FLOP is the unit used to measure the performance of a computer or console. AMD’s high-end PC APU can push out 700 GFLOPS (or gigaFLOPS), but the PS4’s can deliver 2 TFLOPS (or teraFLOPS) before even factoring in the performance of the eight CPUs, which doubles the number found in most gaming PCs. However, despite this apparent titanic amount of processing power, the PS4 is still a console, and therefore it cannot run at the same intensity as a PC without completely overheating. As James Rivingston of Techradar writes, “[The PS4’s] CPU is hardly next-gen—it may have been modified for this system but the AMD Jaguar platform is by no means the fastest of its kind—indeed it’s slower than Intel’s fastest by orders of magnitude.”

However, Rivingston also notes that structuring the PS4 like a PC will benefit the system in more ways than just performance. He explains, “It’s very much a PC-based system then, which is great news for developers who will find it much easier to code games for the next gen consoles and for PCs.” In the past console generation, it was difficult for some companies to develop titles on the PS3’s proprietary Cell system, and this led to delays for some huge games like “The Elder Scrolls IV: Oblivion,” “Mass Effect,” and “BioShock.” With a much friendlier interface, the PS4 can look forward to receiving full third-party support once again.

The PS4’s other important announcement was its commitment to digital downloading and the cloud. Shuhei Yoshida, the head of Sony’s worldwide studios, told Keith Stuart of The Guardian, “We’re shifting our platform more and more to the digital side—PS4 will be similar to PS Vita in that every game will be available as a digital download, and some will also be available as a disc.” This doesn’t only apply to PS4 games either. Sony’s aim is to have all games available on the PlayStation Network, from the very first PlayStation to games from the last console, available to download, perhaps making up for the lack of backward compatibility for PS3 discs.

Another interesting use of the cloud surrounds the new “Share” button found on the PS4 controller. Dan Chiappini of Gamespot reports that the new feature will allow players to “live-stream directly from the console, sharing their session with online viewers. Players will also be able to pass control of the game over to remote friends to help navigate difficult gameplay elements. The service will also allow friends to play a Dungeon Master-style role, joining sessions and modifying the gameworld to provide virtual power-ups as required.” Sony is clearly pushing the “connectedness” of their consoles, and only time will tell if developers will find meaningful ways to implement the technology.

The announcement of the PS4 has undoubtedly made a splash in the industry. Two generations ago, Sony was king of the gaming world. The PS2 is the best selling console of all time, and if the company can make good on its promise to deliver a high-performance machine with useful cloud capabilities, it will have set itself up for another run at the gaming crown.