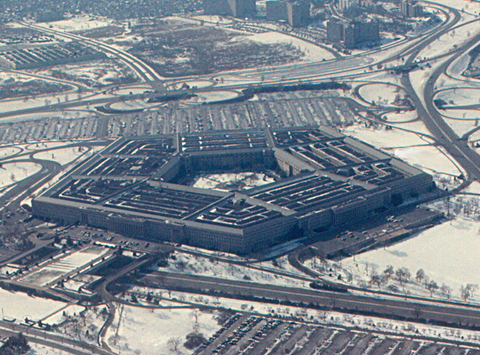 The Pentagon is planning a major expansion of its cyber security force over the next several years, growing its current forces from 900 to 4,900 troops and civillians. The request is headed by the Defense Department’s Cyber Command and is aimed at bringing the Pentagon into the Internet age and further protecting critical computer systems.

The decision to expand comes shortly after the cyber activist group Anonymous attacked the Department of Justice website and was shortly followed by an alleged attack by Chinese hackers on the New York Times. Pentagon officials said an incident where a virus wiped data from over 30,000 computers at a Saudi Arabian state oil company last summer as a key eyeopener for the Pentagon.

“Given the malicious actors that are out there and the development of the technology, in my mind, there’s little doubt that some adversary is going to attempt a significant cyberattack on the United States at some point,” said former deputy defense secretary William J. Lynn III to the Washington Post. “The only question is whether we’re going to take the necessary steps like this one to deflect the impact of the attack in advance or…read about the steps we should have taken in some post-attack commission report.”

Beyond simply expanding the number of employees at the Pentagon, the plan also calls for the creation of three news forces which would serve under Cyber Command. The National Mission Forces would be used to protect computer systems that infrastructure deemed critical to national security, the Combat Mission Forces would help commanders abroad plan and carry out attacks, and the Cyber Protection Forces would fortify the Defense Department’s networks.

“Computers and servers in the United States are the most aggressively targeted information systems in the world, with attacks increasing in severity, frequency, and sophistication each year,” the CDAC website states. Despite this growing threat, training to counter these attacks has failed to increase in response.

To counter this threat, the Cyberterrorism Defense Initiative began. It provides cyberterrorism training to qualifying technical personnel. For those not on the national level, the U.S. Department of Homeland Security offers some tips and advice to help personal computers from cyber attacks.