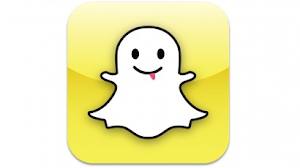 It would be an understatement to say that the smartphone app “Snapchat” is extremely popular. Snapchat, which has skyrocketed in downloads ever since its creation, was made as a goofy, fun way to share photos with friends. However, add in a timed self-destruct feature to the photo that is predetermined by the sender, and you have a new way to send nude photos.

This act of sending personal, NSFW (not safe for work) material is nothing new; sexting has really been around ever since there have been cell phones with adequate cameras. “Sexting” specifically refers to “sending, receiving, or forwarding sexual photos or sexually suggestive messages through text message or email,” as stated in a 2012 article from Psychology Today.

Today’s technologically-savvy environment has made sexting simple and, in many cases, irreversible. The Psychology Today piece explained that “these modern technology advances have made sexual exchanges much easier and more powerful than before,” and spoke of the possible repercussions, saying that “not just social reputations but digital reputations can take a hit.”

The article continues to explain, saying that “once a photo is out, there’s no way of knowing how many people have saved it, tagged it, shared it, etc. Unfortunately the photo could re-surface years after it was taken and posted.”

In an age in which online images can become accessible to a mass quantity of people and remain so via the Internet, there are shudder-inducing risks that go along with sexting. There’s no telling who sees the material, and, consequently, your nude photos might be viewed by some creep or—even worse—by a prospective employer or client in later years.

The situation gets a bit more complicated when Snapchat is added into the equation. The hype surrounding the app means that, if even only some of its many devotees use it for naughty purposes, this risk still translates to a huge amount of people.

One Jan. 2013 news article from CNN gave some figures that establish Snapchat as a cultural phenomenon, stating that “In a little over a year since it was released by a Stanford student and his recently graduated business partner, Snapchat has quietly amassed millions of users and now claims to process more than 30 million messages a day”.

Part of the fun in the app is that the sender can determine how long he or she wants the image to appear on the other person’s screen, with the maximum time being 10 seconds. The CNN article introduced a clever comparison, remarking that “[the photos] vanish forever in the time that it takes to read a tweet.”

This feature may seem like the saving grace that takes the harm away from the potentially raunchy fun of Snapchat. However, this is not the case, and Snapchat cannot truly be considered the ‘safe sexting’ outlet that many people think it is. For anyone with an iPhone or other smartphone, the way around Snapchat’s auto-destruct photo function may seem obvious. All it takes is a quick press of a couple buttons, and the photo’s recipient is able to do what he or she likes with the saved image.

While the app will notify you if someone does take a screenshot of your “snap,” as a December 2012 Forbes article pointed out, “the screenshot still exists on the other user’s phone, where it can be shared with the rest of the world.” Once that happens, the exciting fact that “snaps” are temporary vanishes, and there is just as much potential for your supposedly private photos to be posted for practically everyone to see.

Keeping this in mind, it seems that Snapchat is best kept to silly faces that, while embarrassing, will never do any serious damage to your reputation.