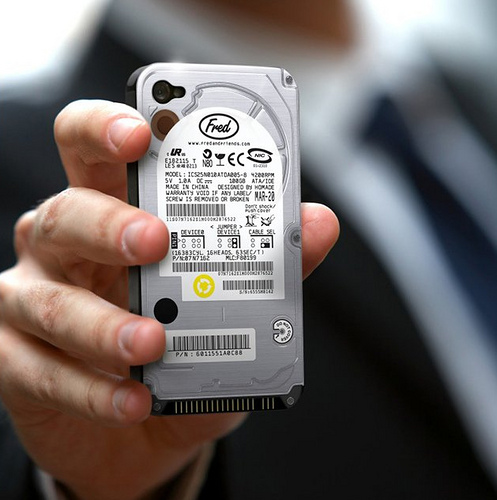 The writers over at ‘The Atlantic” dubbed this law, which makes it illegal for you to unlock your phones from now on, to be “The Most Ridiculous Law of 2013 (So Far).” Well, this is not a new rule, which takes the edge off the title just a bit. Still, the latest news to reign down on us from Capitol Hill is not any less ridiculous. From now on it is forbidden to unlock your phone. Not only is it illegal, but the punishment for this atrocity is a $500,000 federal fine or five years imprisonment, or both. This new provision of the Digital Millenium Copyright Act turns many of us into hard time criminals.

The DMCA, enacted in 1998, was designed to protect some industries, such as the CD and video market, from piracy and copyright infringement issues—the ugly step-brother of the wonders of the digital age. At the time, Congress did not deem it necessary to go down to the details of what exactly is a technology that might “circumvent digital rights” of producers and manufacturers, so they left the dirty work to the Librarian of Congress. This year, the Librarian over on Capital Hill released a confusing list of DMCA exemptions that is more confusing than ever. So, we are now allowed to jailbreak, or unlock, smartphones, but not tablets. It will be legal to rip DVD excerpts for educational purposes, but not to play them on your iPad.

I know, sounds complicated right? Let me save you some of the nitty gritty details and get down to the matter. The last time the Librarian of Congress revised its exemptions in 2010, it had permitted users to unlock their phones. That freedom to unlock our phones has now been taken away from us. The dauntless criminals who are not set back by this ruling do face one heavy punishment. Just for argument’s sake, the official punishment on an offense of driving under the influence is probation and up to $1,800. Sounds a little unbalanced to me.

This latest debacle is exactly why some people just cannot wrap their minds around the idea of politics. Politicians, lobbyists, and bureaucrats all work in dissonant concert to produce the written manuscripts which, after approval, become the law of the land. At times, the results are necessary and even beneficial for the average Joe’s life. Here and there, a bizarre new law pops up that does not seem like it is going to help anyone.

Then, there are laws like the DMCA, ones we all wish we could just erase from the books. This law is an example of pure legislative laziness. The public representatives in office at the time did not want to straighten out the fine details of the DMCA, so they left the dirty work to someone else. The Librarian of Congress, bureaucrat James Billington, who has been in office since 1987, is much less accountable, transparent or considerate of the public’s needs than these politicians, at least in theory, should be. Following this ruling, it is obvious that, as part of his job, he is much more loyal to the stipulations of the law or the interests of the government rather than to the public of which he is supposedly a servant. All in all, this law serves the interest of big companies, who, under different laws, receive draconian copyright protection here in the United States. Citizens, on the other hand are left with paying politician’s salaries, and, well, our locked phones in our hands—at least for the near future.

A Waste of Food: Why tortilla tossing is more trouble than...