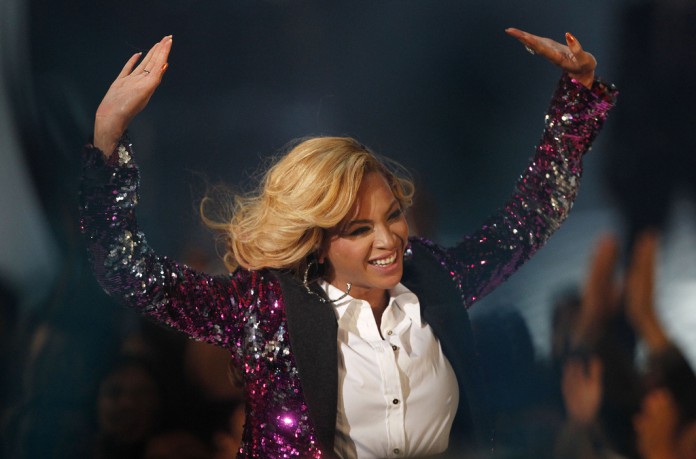 Let’s talk about the women of Hollywood. We’ve got some femme fatales, girls-next-door, America’s sweethearts, and the occasional train wreck. I’m sure there are more categories, but all these different women live in a removed world quite unlike the one that we live in, where life probably consists of making a lot of Starbucks runs and going to the gym (ah, the dream…minus the gym).

However, I didn’t come to realize the power these women actually wield in the real world until I saw Beyoncé being chummy with Barack Obama at his inauguration on Jan. 21, 2013. The chanteuse responsible for hits like “Irreplaceable” and “Halo” is friends with the President of the United States. Not only is she friends with the president, but she also sparked a debate on what patriotism is by allegedly lip-synching the national anthem. After the inauguration ceremony, the Internet exploded with “President Beyoncé” memes about how there were more pictures of Beyoncé and Jay-Z than the actual First Couple, and that maybe it was Beyoncé who had been sworn into office, not Obama. Hollywood is in politics, in medicine, in the media, and basically everywhere. There is no escaping it. What does it mean to have power, especially as a woman? Should we learn from women in Hollywood?

These are big questions, so let’s start at the beginning. Women in Hollywood are becoming increasingly influential in all spheres of society, including politics and media. While it is true that being a woman in Hollywood is difficult—because women directors and female protagonists in films are an underwhelming minority—the women who are larger than life in Hollywood carry an impressive amount of power.

Nowadays, our singers and filmmakers do not stick to just what they’re good at, but branch out to everything. Gwyneth Paltrow has a lifestyle website called Goop.com where she gives life advice and recipes, and Heidi Klum has made a living out of giving fashion advice to aspiring designers. Beyoncé is friends with Obama and campaigned on his behalf, and Oprah tackles psychological problems and also recommends culturally significant books to her viewers. Angelina Jolie saves the world by founding every charity known to man and is even a UN Ambassador. Nobody just acts or sings or models anymore. For example, Jenny McCarthy, semi-famous for posing naked for Playboy and dating Jim Carrey that one time, wrote books talking about the link between autism and vaccines (there is no link, according to the Centers for Disease Control and Prevention). McCarthy’s opinion about vaccines launched a national debate about the impact of vaccines on children and their growth.

Whether or not this is all a positive, I can’t really decide. I don’t care much for Paltrow’s recipes (they are way too intensive, just give me some microwavable mac and cheese) or Klum’s fashion advice (she’d look good in a garbage bag so let’s just all go home). However, their lifestyles set a standard for people everywhere as the ones that we need to emulate. This is probably why their advice is so influential; if we do what they do, then we too can be as fabulous as they are. If tomorrow Jennifer Lawrence said that she eats a diet of only kelp to maintain her great skin, how many women do you think would drop their burgers and eat a diet of only kelp? You’d be surprised.

Women in Hollywood are glamorous, and this contributes to their influence. They are the epitome of our standards of beauty and success. They can tell us that Obama is the right candidate to vote for, that purple is the color that’s in, that vaccines are bad, and we will listen. There are women who use this for positive things, such as Ellen DeGeneres and Jennifer Lawrence, who encourage people everywhere to love themselves the way they are and to not take things too seriously. There are also well-educated actresses as well, such as Emma Watson (Brown and Oxford Universities), Natalie Portman (Harvard University), and Olivia Munn (University of Oklahoma). These women have made intelligence a desirable trait in women, and have made education something to value. It also has enhanced their credibility on multiple levels as women who don’t rely only on their looks, but also on their brains. And then there are women who are famous because, well, we don’t really know (I’m talking to you, Kim Kardashian).

So, we conclude with what we started with: women in Hollywood are influential. Power in Hollywood is about how many spheres of influence a person has, and with the media coverage these women get, they have their foot in every door. What we can take away from women in Hollywood is that they are far from one-dimensional, and an argument can be made for the social responsibility women in front of the camera have. They unconsciously represent women everywhere, and there is pressure to live up to it. So maybe, in 2016, we can have a new platform: Hollywood. Beyoncé for President, Natalie Portman for VP, maybe Angelina Jolie for Secretary of State, and so on.