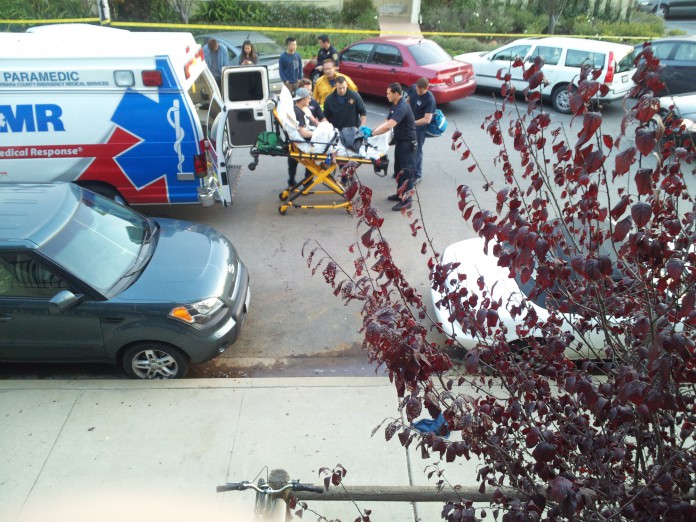 IV Foot Patrol deputies responded to a reported stabbing on the 6500 block of Segovia Road at approximately 4:45 p.m. Wednesday evening.

Police have contacted both involved parties and the suspected assailant was taken into custody at the scene. The victim is still recovering from his injuries but has remained in stable condition.

“I don’t want to say [that the situation is] not serious, because it is,” said Lt. Ray Vuillemainroy of the IV Foot Patrol, “but his condition is not serious.”