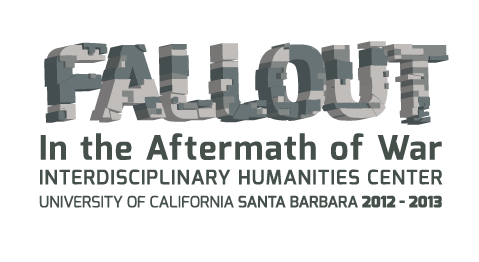 Film-noir  “The Hoodlum,” directed by Max Nosseck in 1950, tells the story of a sociopath and anti-hero, Vincent Lubeck, after his release from prison. The second of five films in the Carsey-Wolf Center’s film series “The Future of the Past: The Art and Philosophy of Film Preservation Series” was shown at the Pollock Theater on Tuesday, Jan. 15.

Shortly after his release from prison, Lubeck continues his menacing, selfish ways, letting nothing get in the way of his goals, desires, or criminal activity. He lacks moral responsibility and remorse throughout the whole film, only showing that he is capable of producing tears at his mother’s death bed.

“No redeeming social qualities whatsoever,” said guest speaker Jan-Christopher Horak at the screening, in reference to Lubeck. Horak is the director of the University of California, Los Angeles Film and TV Archive, which is the second largest film and television archive in the United States and one of the ten largest in the world.

Most of the acting in the film is overly theatrical, but because the whole movie is exaggerated, from the music to the script, it remains entertaining and convincing. The characters are not multi-dimensional, so the movie was predictable—yet simultaneously very unpredictable because of its simplicity. I kept expecting an unconventional twist, but Lubeck’s psychopathic personality and extreme antisocial attitude was so blatant that it became humorous.

“He’s an a**hole,” said Yibing Guo, a second-year film and media studies major. “At some point you want him to win. There is no way he’s going to redeem himself. You don’t want him to change. You want him to stay this a**hole and at least get something out of that.”

This film was restored at UCLA Film and TV archive in 2008 from original camera negatives found in Argentina. The process of restoring and preserving films is becoming critical to help older films to continue to exist. Digital restoration and preservation is also on the rise, but with serious challenges as digital preservation entails reformatting the film every two or so years, it is a very expensive and laborious act.

“The importance of film archives and film preservations is that for much of the history of cinema, probably until the 1960s, there was no such thing [as a film archive or preservation] in any systematic way,” said Horak. “As a result, about 90% of all silent films were lost and 50% of all sound film, up until 1950, were lost . . . so what remains is important and really needs to be preserved. . .they’re important cultural artifacts of our culture and foreign cultures.”

As technology continues to advance, it parallels the transformation of art and techniques of film and media. The use of film for cinematography is slowly shifting to digital in some aspects, but primarily using film for cinematography has not seceded yet. Luckily, because of film and television archives, the current generation and generations to come can continue to enjoy films from around the world and of various eras such as “The Hoodlum.”