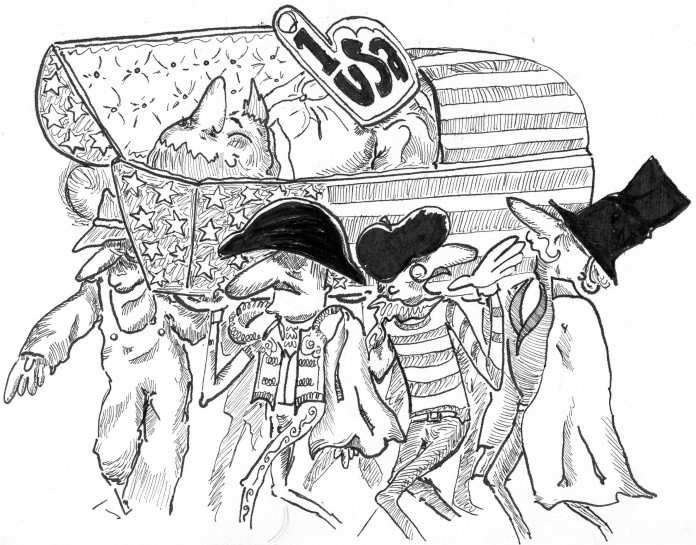 A new report released by the National Research Council and Institute of Medicine reveals new facts about our nation’s health woes.

The report was created by a panel of distinguished professors, including University of California, San Francisco’s Paula Braveman, who compared health outcomes in the United States with those of 16 other high income industrialized countries. It turns out that health-wise, we are a long way off from national recovery.

Through this comparison, researchers found that Americans not only have a shorter life expectancy than other industrialized countries, but that the gap between the U.S. and the other countries is steadily growing. According to a U.S. News report on the recent findings, Americans spend $2.8 trillion per capita on health care each year—“far more than any other country spends on health care.”

In addition to the shorter life expectancy, the U.S. is also last among all countries in a worrying number of categories. A quick look at this list should be a shocking wake up call to all of us, both individually and as communities who would want their children to inherit a world that is safer and healthier for them to grow in. The United States currently ranks last in rates of infant mortality, adolescent pregnancy, danger for severe injuries and homicides, human immunodeficiency virus (HIV) and acquired immunodeficiency syndrome (AIDS) infections, and, last but not least, drug-related mortality.

Of course, the ridden national-scale problem of obesity still exists, leading the way to an increased chance of chronic heart and lung diseases—categories in which our country is among the top three. In these scales, winning is not a good thing. A press release written by Steven H. Woolf, professor of family medicine at Virginia Commonwealth University, dubbed these resolutions “Striking…Americans are dying and suffering at rates that we know are unnecessary because people in other countries are living longer and enjoying better health.”

“If we live sicker and die younger in almost every way, shape, or form, and we pay more, it’s a damning indictment of how we’ve done,” says James Marks, senior vice president and director of the New Jersey-based Robert Wood Johnson Foundation Health Group and retired assistant surgeon general. Fixing these trends, he says, are larger issues at hand than just the way we eat or exercise. The national problem we are facing involves both the individual side of our personal behaviors, but also the policies that surround our health.

A 2011 report written by a group of Yale researchers states that for every dollar America spends on health care, it puts 90 cents toward social services. All the other industrialized countries are doing the exact opposite. In Dec. 2011 The New York Times published an op-ed piece by Elizabeth Bradley and Lauren Taylor, professor of public health and program manager, respectively, at Yale’s Global Health Leadership Institute. Bradley and Taylor found that counties that put more money into social services relative to health care have a higher life expectancy than those who adopt the reverse strategy. This finding connects with one of the conclusions the NRC report adopted, which marked the disparity between the qualities of health care among different economic groups as a fundamental cause to this national health crisis.