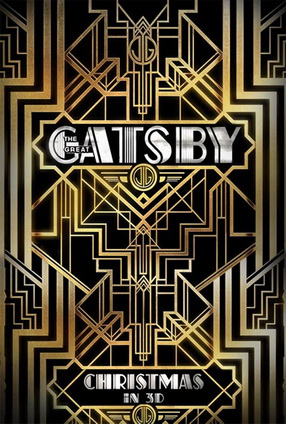 Iron Man 3: The Marvel Cinematic Universe gets its newest edition since the billion dollar 2012 success, “The Avengers.” “Iron Man 3” continues the story of genius/billionaire/playboy/philanthropist Tony Stark and his favorite accessory. This time, Tony faces the Mandarin, the leader of an international terrorist organization. However, the Mandarin, played by “Hugo” actor Ben Kingsley, is no average terrorist thanks to a serum called Extremis. It’s uncertain how director Shane Black will approach the more fantastical elements of Extremis, but with “Iron Man 2” grossing over $600 million, “Iron Man 3” is guaranteed to garner attention come spring.

The Place Beyond the Pines: For those of you who have seen Derek Cianfrance’s acclaimed “Blue Valentine,” it shouldn’t come as a surprise that his follow-up film promises to be just as heavy in subject, and has already been highly praised by critics. “The Place Beyond the Pines,” which comes out on March 29, features Ryan Gosling and Bradley Cooper as the two leads. The film tells the story of two men—one a criminal, one a cop—and how the actions they take to protect their families affect not only their own lives, but also the futures of their young sons. With themes such as sacrifice, morality and redemption, this is sure to be dramatic but definitely worth seeing.

Carrie: The 1976 classic horror movie is being remade, starring Chloe Grace Moretz as the title character. This adaptation will remain fairly true to the original, which focuses on Carrie, a high school girl who is shunned and taunted by her peers and mistreated by her fundamentalist Christian mother. As she realizes her telekinetic powers and the amount of damage that they can do, she eventually cracks from the constant torment she receives from everyone around her. The release date, Oct. 18, isn’t for a while, which only builds suspense for how this new version will compare to the original.

Monsters University: Anyone in their late teens or early twenties is likely to remember the well-loved Pixar original to this prequel. “Monsters Inc.” gave a new take on the whole “monster in the closet” story, going with the idea that they have their own world that they live in, and scare children as a way to power their city. The movie introduced what many remember as the friendliest monsters of their childhood, one-eyed Mike and towering Sully, and followed their adventures upon discovering a young human that found a way into their world. “Monsters University” will go back to when the duo first met, and should result in a wholesome, entertaining and overall hilarious rendition of the college years, monster edition.

Star Trek Into Darkness: “Star Trek” fans rejoice! After a four-year hiatus, a new movie has been declared and filmed, and is now standing as a tease for all the Trekkies and the British fangirls eyeballing Benedict Cumberbatch until its release. Cumberbatch seems set to play the villain, though whether he’s portraying Khan, one of the most infamous villains in the Star Trek universe, or Gary Mitchell, a Federation member who went rogue after gaining ESP powers, is unclear. The plot itself centers around the crew of the Enterprise returning home to find the planet in chaos and Starfleet under attack. The Enterprise, more specifically Captain Kirk (who is portrayed again by Chris Pine), is tasked with finding whoever is responsible and bringing him to justice. Live long and prosper, Trekkies, because there are rumors Spock won’t.

The Great Gatsby: This movie version of the novel won’t be the first, but will likely offer a new, far more theatrical take on F. Scott Fitzgerald’s work. Director Baz Luhrmann is known for bold and flashy statements in movies such as “Romeo + Juliet” and “Moulin Rouge,” and is likely to bring that same style to “The Great Gatsby” as well, which is set to premier on March 10. Previews of the film seem to confirm just that, indicating a looser interpretation of this story of lost love and disillusionment among the upper class of the 1920s. The cast looks promising, with Carey Mulligan, Tobey Maguire and Leonardo Dicaprio as the three main characters. Although fans shouldn’t expect a strict adaptation, this combination of strong actors and an imaginative directing style should lead to an interesting and adept outcome.

Anchorman 2: When the original, “Anchorman: The Legend of Ron Burgundy,” came out in 2004, it received mixed critical reviews but soon became a classic with a broad fan base. Will Ferrell’s performance as the title character, an immature and egotistical head anchor of a 1970s San Diego news team, became known as one of his best to date. The movie is also incredibly quoteable, with lines like “60 percent of the time, it works every time,” or “I love lamp.” The sequel, premiering Dec. 20, follows the same news team in later years. The main actors, including Will Ferrell, Christina Applegate and Paul Rudd, will be back; there is also the new addition of Kristen Wiig as a love interest for Steve Carrell’s character, the loveable and mentally slow Brick Tambland.

Man of Steel: The Superman arch gets a much needed adjustment in Warner Bros. Pictures’ “Man of Steel.” Producer Christopher Nolan appears to be adding some of his “Dark Knight” flare to the film, though the majority of the plot has been kept quiet. “Man of Steel” comes across as a darker and less “American as apple pie” wholesome “Superman,” with a more internal-torment focused Clark Kent portrayed by British actor, Henry Cavill. With the failure of previous “Superman” reboots to live up to the “Batman” and Marvel success, the future remains uncertain for “Man of Steel” and its box office livelihood.

Hunger Games: Catching Fire: The movie series that spawned a million “that is MAHOGANY” comments returns with its second installment, and fans can expect all of the contrast between extravagance and poverty and violence from the first film to return with a vengeance come November. The movie holds relatively true to the book as far as rumors can tell, with Katniss and Peeta returning to District 12 just as rebellion begins to arise across the districts. As the two make their way across the Districts in their Victors Tour trying to convince the everyone that Katniss actually loves Peeta, President Snow prepares the 75th Annual Hunger Games also known as the Quarter Quell.

The Hobbit: Desolation of Smaug: Peter Jackson proved in “The Hobbit: An Unexpected Journey” that he can bring the story of the One Ring back to life after the conclusion of the Lord of the Rings, and he will continue to do so in the Desolation of Smaug. The sequel follows the journey of Bilbo Baggins and his dwarf companions as they make their way through Mirkwood, Lake-town and eventually into the lair of the dreaded dragon, Smaug. As “The Hobbit” made over $265 million as of Jan. 9 and with raving reviews, it’s expected Desolation of Smaug will receive similar responses when it comes out.