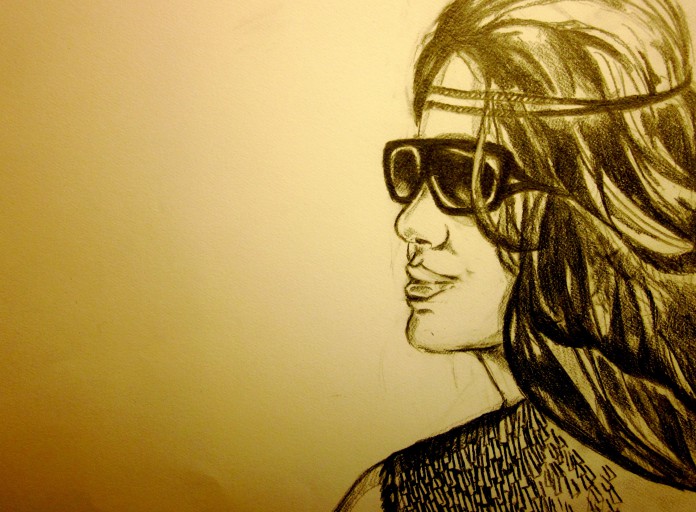 They have been called the “dead end of western civilization.” But to many they are just the smug prick at the party with the over sized smurf beanie and the lumberjack flannel, pounding a PBR while talking about how Edward Sharpe has sold out.

They are in your art classes and at your neighborhood coffee shops. They wear your dead grandpa’s old sweater that you donated to the Goodwill while listening to vinyl and collecting other archaic technologies purchased from an estate sale (plundering more of grandpa’s prized possessions). And they always make their presence known by the smoke trail their American Spirits (it’s healthier I swear) leave behind.

To the scientific community they are known as Homo hipsterectus, but you probably know them, as those fucking hipsters. And chances are if you’re like most people you probably hate them without knowing why.

Hipster isn’t a new term and was first used in the 1940s to describe members of the jazz and beatnik generation. But it wasn’t until the late 90s and early 2000s when the term was revived to describe the growing number of New York art bohemians. Ironically enough, though hipsters are never self-identifying, it was the publication of the self-deprecating satirical “Hipster Handbook” that re-popularized the term.

Since then the hipster has become the target of nation wide loathing, which is evident by the numerous blogs and articles like “Hipster Runoff,” “Why Hipsters Must Die,” “Look at this Fucking Hipster” and any other combination of fuck, hipster and die. Even “Time Out New York” tagged themselves into the smackdown, stating hipseterdom “fetishizes the authentic and regurgitates it with a winking inauthenticity… [and] have defanged, skinned, and consumed the fringe movements of the postwar era- Beat, hippie, punk, even grunge.”

Moreover many critics also claim that hipsterdom is just a product of manufactured counter-culture hence adding to the accusations of unoriginality. Yet, mainstream attempts to profit off the hipster demographic have generally resulted with hipsters rejecting the attempts at exploitation while other groups co-opt it with a loving embrace. Take for example “Juno.” Though it was a wildly successful movie pandering to hipster sentiments, (like the ironic hamburger phone and the indie soundtrack) it was widely rejected by hipsters while the 16-22 female demographic ate it up.

Urban Outfitters is another quintessential hipster institution and has long been attributed to producing hipsters as fast as their sweatshops produce cardigans. Though I don’t typically shop at Urban Outfitters when I do the majority of people I see shopping there are high school students and preppy kids, not the stereotypical hipster.

Once again it appears as though that hipsters are resilient to mainstream attempts of exploitation. However, I am not so naïve to think that hipsters are not part of the American consumer culture because American Spirit and Pabst Blue Ribbon stock have benefited nicely from hipster consumption. But the claim that the entire movement was a preconceived plot by multi-national conglomerates to exploit yuppies is definitely a stretch.

If hipsterism was a manufactured subculture it doesn’t make sense that so much of it draws on the past. If companies were trying to create a cultural movement from a marketing aspect it would have made more probably to create a culture that is new and fresh to promote a break from tradition and not hearken back to the days of yore. Though in some senses corporations fuel the hipster movement they have not created it.

Much of the rage aimed at hipsters is unfairly misdirected. Are hipster’s apathetic? Yes. Are most of them over-entitled? Yes. Are they inauthentic? Yes. But hipsters never claim to not be any of these things and are subjected to the expectation that they are supposed to be new and exciting.

Furthermore, much of the aforementioned can be used to describe almost all Millennial Generation demographics. Ravers, skaters, bros and their east coast equivalent the Guido, are all apathetic, in some way unoriginal, and self-entitled. Hell that’s what it means to be an American. Yet hipsters seem to bear the brunt of the burden, probably because of their snarky mien.

Though hipsters may be unoriginal that doesn’t make them superficial. Hipster obsession with nostalgia signals a subconscious yearning for the past, a generation born in the right place at the wrong time. Because of this tragic anachronism hipsters have sought to pick up and run with the tradition of American existentialism and not recreate. After all if something isn’t broke why fix it?

To stay faithful with hipster tradition I am going to draw on quote from an old beatnik, Allen Ginsburg. When describing the Beat Generation he stated, “nobody knows whether we were catalysts or invented something, or just the froth riding on a wave of its own. We were all three, I suppose.”