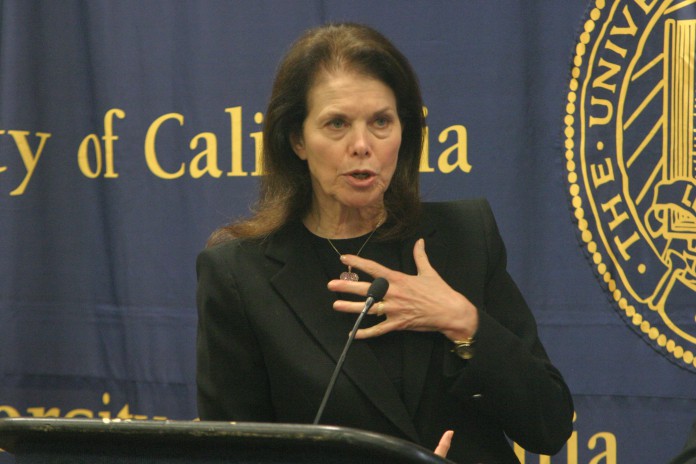 Patrick Lenz, vice president of budget and capital resources for the University of California, and Dan Dooley, UC senior vice president for external relations presented an updated budget with the results of the Governor’s May 14 revision to the board.

In November of 2011, the Board of Regents approved a plan for the 2012-2013 year that increases spending by $326.6 million, even though the Regents did not approve ways in garnering that revenue.

After the May revision of Brown’s state budget, which reveals a $15.7 billion deficit as opposed to a $9.2 billion deficit, it appears the state may not have enough revenue to buy out a tuition and fee increase for 2012-2013 according to the summary provided for the discussion. Because of this, the Regents will be voting in July on a mandatory 6 percent system-wide charge in order to address the funding gap should the necessary $124.5 million buy out occur.

During public comment, some participants pointed out the problem of voting on a tuition increase during July, at a time when many students are out of school and unable to access the Board of Regents meeting.

“If you put it off until September,” said Lenz, “you have students who have waited half a semester for information about their student aid.”

This tuition increase would provide UC with the $125.4 million tuition buy out asked for by the Regents of the government to cover core education costs. However, according to the executive summary of the budget, provided by the Regents, “Even with the efficiency savings and alternative revenues anticipated in the expenditure plan, the University will still face a funding gap of more than $1 billion for 2012-2013.”

“This is serious stuff,” said Chairman Sherry Lansing. “You have to make certain decisions when you have a billion dollar cut that you may not want to make but that you have to because it’s the best thing for the University at that time.”

Many Regents, including Lansing and Student Regent-Designate Jonathan Stein have been requesting is the full endorsement of Governor Brown’s tax initiative that will garner more funding for UC and help with the current budget problems. The Board of Regents as a whole has not come out in support of it because it is not yet on the ballot, and there are many mixed feelings about whether or not to support the tax.

“Get on board, endorse, be team players,” said Stein, in regards to those on the board who have yet to show support for the tax.

Stein pointed out that it is more likely that regardless of the situation in November, the government will be more likely to look favorably toward UC if they support the tax.

However, according to the discussion during the meeting, few conversations have taken place to deal with plans should the tax not pass.

“If we don’t have a substantive detailed conversation about alternatives to deal with the magnitude of the shortfalls, then our default will always be tuition increase, and I feel like we’re walking right down that path,” said Lt. Gov. Gavin Newsom. “I just want to be more honest with folks, get real public input and feedback before we make decisions that are going to directly affect hundreds of thousands of people.”

“I think we need to have a healthy and transparent discussion that even if the Governor’s proposal comes through, what is the future of UC?” said Chairman Lansing. “Can each campus be all things for all people?”

“We’ve got to start putting our thinking caps on and think about what we’re going to do if the worst thing happens,” said Regent Norman Pattiz.