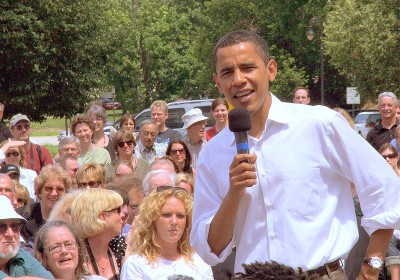 President Barack Obama recently endorsed gay marriage, a move that gave hope to the gay community and many other supporters of equal rights.

The President emphasized the personal nature of his decision in his interview with ABC, but many speculate over his political motivations and the possible repercussions. Will his stance on same-sex marriage become a central issue of the campaign? Will it energize his liberal supporters or just strengthen Romney’s conservative base? And most importantly, will it hurt him in November? When it comes to politicians, especially in an election year, actions are always calculated.

Days before President Obama made this announcement Vice President Joe Biden indicated that he is “absolutely comfortable” with gay marriage. Did this push the President to offer his support as well? Perhaps, but it probably was not the main factor.

When it comes to campaigns, money is always the main factor. Many of the Obama campaign’s biggest financial supporters are members of the LGBT community and some say their contributions would have stopped if the President had not come out in favor of gay marriage. In the next few days after his announcement he was able to raise $21 million at a series of fundraisers, including one at George Clooney’s house and another with Ricky Martin. If money was not the motivator of his endorsement, it was certainly a big payoff.

Despite the overwhelming financial support President Obama gained, one wonders if it will be enough to get him reelected. His new position on gay marriage earned him the support of the LGBT community, but chances are most of them were going to vote for him anyway. His announcement was not looked upon with favor by conservative republicans, but they wouldn’t have voted for him in the first place. There is speculation that by endorsing gay marriage Obama has alienated black and Latino voters who voted for him in 2008. While these demographics tend to oppose same-sex marriage, it is hardly the most important issue. The question remains whether his position on same-sex marriage will have an affect on undecided voters. It could go either way.

As the campaign progresses and Obama and Mitt Romney debate the issue, it could shape how some voters view the candidates. Some more socially conservative voters may see Obama as too liberal when they consider his positions on abortion, women’s health issues like birth control and now gay marriage. On the other hand, the more socially liberal voters may see Romney as much too conservative when he discusses the same topics. However, chances are that with this economy and so many other important issues to be discussed, gay marriage will not be the deciding factor for undecided voters.

Questioning a politician’s motivations is important, but when it comes down to it, this was a huge victory for the gay community and anyone in favor of equal rights. Whether or not President Obama’s decision to endorse gay marriage was politically motivated, his support for the gay community is genuine. He ended “Don’t Ask, Don’t Tell,” expanded federal benefits for same-sex partners of executive-branch employees, signed the Hate Crimes Prevention Act into law, insured hospital visitation rights for gay couples. He also ordered the Federal Housing Authority not to consider the sexual orientation of applicants for housing loans, he supports states who extend same-sex marriage rights to gay couples and refuses to defend the constitutionality of the Defense of Marriage Act. He is now the first president to endorse same-sex marriage.