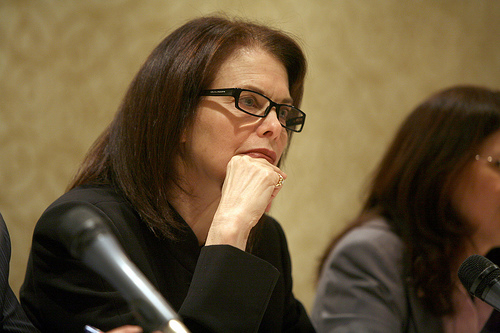 Members of University of California Associated Student governments and statewide politicians met at the UC Regents meeting May 16 to discuss the future of the UC system and the problem of increasing tuition costs. The Regents transported and housed the AS President and the current and future External Vice President of Statewide Affairs from each UC campus.

Weber met and spoke with Graduate Student President Diana T. Dyste Anzures, Chancellor Yang, Regent William De La Pena, California Assembly member Das Williams, and others in small groups to debate the financial state of the UC system. He said the lobbying offered those present the rare chance to discuss these issues on a one to one basis with those who directly influence the UCs.

“I think it’s a pretty historic opportunity for students,” said Weber. “What we learned is that there are some in the capital that just really don’t trust the Regents… We also need to be critical about what we’re condemning the Regents for and what’s best pushed on to the capital or what’s simply misinformation.”

“How is it conscionable at all for the executives at the UC to have any kind of pay increases at all when there are fee increases for students and budget cuts for the UC system?” said Weber. “The Regent would tell you that in order to keep the academic excellence at the UC we need excellent administrators and excellent executives and excellent professors… and therefore we need to pay them well.”

Weber said that while perhaps logical from that standpoint, it’s hard to explain to the students.

Das Williams met with Weber and several other students throughout the state to offer his political views on the situation. Williams, a well-known supporter of higher education, said the current proposal from Sacramento is the best they could have hoped for considering the current economic climate and that meeting with university students directly should be encouraged.

“It’s good to have contact with everyone from the campus community,” said Williams. “It’s also good to have the chance for Regents to see we want to fight for education and funding.”

Governor Jerry Brown did not propose any immediate cuts to the University during the duration of the Regents meeting, but said the UC could lose $250 million if voters don’t approve his tax increase in November. Final tuition and funding debates and voting for the 2012-2013 school year are scheduled to occur during the Regents meeting in July.