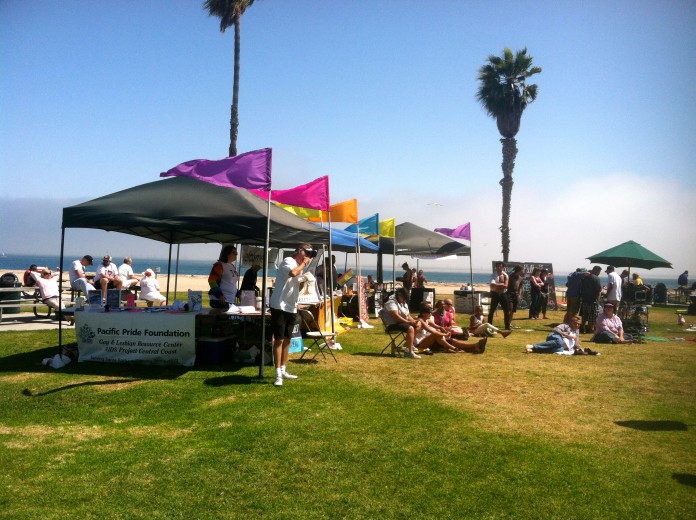 The birthday anniversary of Harvey Milk, the first openly gay politician elected to office, was marked this past Sunday, May 20. Since 2009, this day has been known as Harvey Milk Day, and is dedicated to celebrating his life and work for the gay rights movement. The community of Santa Barbara had a lively turnout for an event honoring the occasion, hosted by the Pacific Pride Foundation and the Santa Barbara Equality Project. Those in attendance were treated with live bands, games, booths from supporting organizations and speeches from Santa Barbara elected officials.

Harvey Milk Day serves as both a celebration of activism and a way to show the dangers of intolerance. Milk, who gained notoriety in the widely gay community of the San Francisco Castro district, became District 5 supervisor for the area in 1977. However, Milk sadly became a martyr as well as a hero when he was assassinated by Dan White, the San Francisco District 8 supervisor. Although Milk’s work for gay rights has made a huge impact, his story is also a cautionary tale of how ugly homophobia can be.

“We’re an LGBT advocacy organization, so we advocate for the rights of LGBT people and our allies. Right now that means that we are paying attention to things like employment discrimination, the right to marriage, hate crime legislation, as well as other things that impact people we feel are marginalized in our community,” said Meredith Munn, an advocate for the Pacific Pride Foundation.

The Santa Barbara Equality Project, a co-sponsor of Santa Barbara Harvey Milk Day, is a program of the Pacific Pride Foundation. It was a direct response to the passage of Proposition 8, and was first called the Strategic Alliance for Marriage Equality.

“After the ballot initiative, we started branching out and doing other events- not just voter organizing but also community events to celebrate activism. That’s what today’s celebration is all about,” said Munn.

Williams, a longtime advocate for gay rights, spoke of Harvey Milk’s life and what an impact it made.

“We really had a leader who gave us direction and made a huge difference. What a lot of people don’t realize is that he was only in office for eleven months… I think that he himself and a lot of other people living at the time had no idea that in 2012 that legacy would be so powerful,” said Williams.

Murillo also contributed, stating that while we have made progress, discrimination is still unfortunately present.

“Just recently I heard some bigotry…I think there has been a lot of success in the area of civil rights, but when I hear hate and intolerance I know we still have work to do. It’s just really good today to be among friends, and to be among people who share my values. I’d like to thank the LGBT community that helped me get elected. You’re helping me do my job and get back into that political battle,” Murillo said.

The message of equal rights that is behind Harvey Milk Day is relevant to current news, considering Obama’s recent statement on his confirmed support for gay marriage. Munn gave her thoughts on the President’s words, and how it will help for LGBT rights.

“He has always been a fairly strong advocate for us politically, but of course we’re always looking for more and better initiatives for the president to get behind. We’re just waiting for more information from him about what he’ll propose next.”