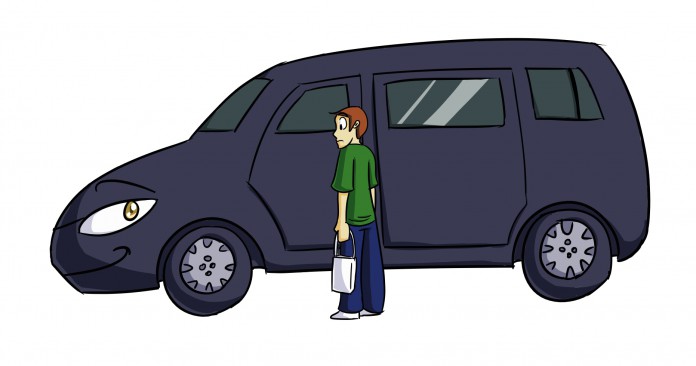 For those of you who remain uncertain or unimpressed with Google’s recent slew of innovations (space elevators, Internet-enabled glasses, etc.), the company’s construction of a self-driving vehicle will surely call into question any of your previous doubts. The multi-billion dollar corporation has long been working on the invention of an autonomous vehicle, one that is capable of cruising, turning, and parking on roads without the presence of a driver. Last Monday, Nevada became the first state to approve the license for such vehicles.

According to Google X founder Sebastian Thrun, the creation of autonomous vehicles will only benefit society, serving to “prevent traffic accidents, free up people’s time and reduce carbon emissions by fundamentally changing car use”. With the use of video cameras, radio sensors, maps, and a laser range finder to monitor traffic, the car seems remarkably equipped to successfully drive itself. The company confirmed its safe completion of over 200,000 miles of computer-led driving. Thrun adds that though a driver is not needed, one will typically sit in the front to take control if desired.

With Nevada’s authorization to build automated cars, the project is well underway for Google. After much careful deliberation and safe demonstrations on freeways and state highways, Nevada passed the proposal. Currently, all automated cars are “test” vehicles only; however, it is only a matter of time before manufacturers will develop automated cars for official use. The license plate for the new vehicles is red and includes the letters AU, for autonomous vehicle.

DMV Director Bruce Breslow attributes the symbol to the project’s implications for the future: “I felt using the Infinity symbol was the best way to represent the car of the future. When there comes a time that vehicle manufacturers market autonomous vehicles to the public, that infinity symbol will appear on a green license plate” said Breslow.

The question remains whether or not other states will follow suit, especially considering California’s rejection of the license. Regardless, it is safe to say other auto manufacturers surely will follow suit and develop their own versions of a self-driving vehicle.

Many are baffled by the purpose of a self-driven car. Linguistics major Danielle Grandy explains her dissatisfaction with Google’s latest development.
“I just don’t see the point. If there’s no need for a driver, what could extra cars possibly be needed for on the road? This just seems like a waste of money, space, machinery, and time for Google” said Grandy.

“Not to mention the increased congestion on roads” added fourth year Biology major Eddie Richter. “Call me a pessimist, but I think Google’s latest business venture will do more bad for society than good.”

Though negative criticism is inevitable, Google unquestionably deserves a pat on the back for their recent achievements with the autonomous vehicle project. The company continues to prove themselves as a technologically advanced force to be reckoned with, and society must stay tuned to see what else Google giants have in store. As for the self-driving vehicle, only time will tell if other states warm up to the idea of the paradoxical notion of “driverless driving”.