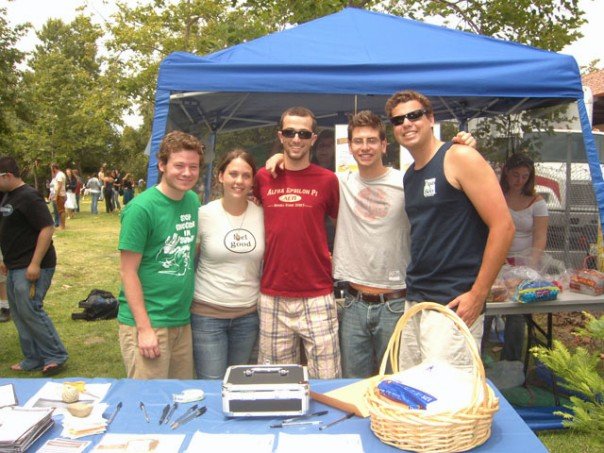 FeelGood Santa Barbara, the youth movement designed to “end world hunger, one grilled cheese at a time,” will host a Hunger Banquet on May 30 from 6:30 to 9 p.m. The purpose of the event is to raise awareness, and possible prevention of world hunger, on a local and hopefully global scale.

The Isla Vista Food Co-op will cater the event held at 781 Embarcadero Del Mar, providing attendees with delectable wraps, salads and cheese platters. Woodstocks and IV Drip will be providing desserts. Additionally, there will be alternative gluten-free and vegetarian options in order to accommodate all in attendance.

However, the event will offer more than just food for interested students. Student groups such as BFOM and Amatory Dance Crew will provide entertainment. The event has been organized mainly by joint efforts on behalf of local businesses, University of California Santa Barbara campus organizations and faculty.

FeelGood hopes the Banquet will leave the Isla Vista community with a better understanding of world hunger. According to the group’s press release for the event, it is “intended to be a delicious and fun dinner where students, faculty and community members can learn about hunger and engage in dialogue about ways to alleviate poverty and connect with our local brothers and sisters.” The organization aspires to motivate students to make a change, whether it may be on a local or global level.

Fourth-year Co-President and psychology and communication double major Katy Stover explains how the idea came about to host next week’s event.

“The idea for the Hunger Banquet was inspired by similar events held by other FeelGood chapters across the country,” said Stover. “FeelGood is a national movement, currently on 40 college campuses across the United States.”

The group is part of a larger nationwide non-profit organization that came into fruition six years ago at the University of Texas at Austin. The main objective of FeelGood is to raise money, which they donate to various partners, all while informing students about world hunger and the issues it poses for society worldwide. Other initiatives of the group include encouraging students to supervise non-profit delis on campus and giving away free grilled cheese sandwiches in exchange for a donation.

FeelGood aims to give members skills required for businesses in the future, while serving as an educational tool. Members are inspired to spread their knowledge about the root causes of world hunger and spark interest in the student body about these issues, in an attempt to increase their audiences and membership.

“I frequently visited the FeelGood table to get my grilled cheese fix. The girls working at the table told me a bit about what their mission was and that has definitely done a lot to raise my awareness about world hunger. I will definitely be in attendance next week,” said Sanders.

“Food and entertainment, in addition to helping out a good cause? Why wouldn’t I be there?” he said.

For more information about the organization, visit feelgoodworld.org and be sure to reserve a spot online for FeelGood’s Hunger Banquet.