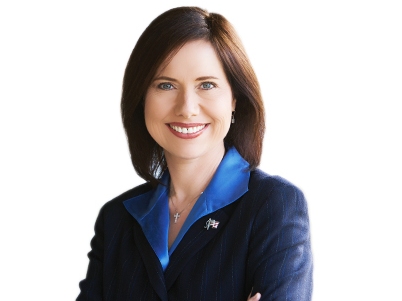 Emken, running as a Republican, graduated from University of California Los Angeles in 1984 with a degree in economics and political science. In 2010, she ran for Congress to replace Democratic representative Jerry McNerney and came in fourth place out of four candidates in the Republican Primary with 16.7 percent of the vote. Emken announced on Nov. 28, 2011, that she would be running against Feinstein and has since been campaigning in pursuit of that goal.

“A recent poll shows an overwhelming majority of Americans would vote to completely replace Congress,” said Emken said in a press release, “Incumbents like Senator Feinstein are being put on notice in 2012- the voters are saying it’s time to go.”

Feinstein has served in the Senate since 1992 when she won a special election to fill the seat vacated by Senator Pete Wilson. The Senator’s key issues, according to her website, include securing US borders with a focus on the construction of tunnels that allow illegal access to the country, the repeal of the Defense of Marriage Act and supporting California agriculture.

Emken’s platform includes plans for tax reform, an energy policy that includes both traditional and alternative fuel technology, a decrease in the size of government and the repeal of Obamacare. For Emken, Feinstein’s management of the budget represents one of the reasons she should not be reelected.

“Nothing highlights Feinstein’s failed leadership more than her refusal to support a budget, something all California families do every month,” said Emken, “None of us can suspend our family budgeting for years on end without consequence. It’s time to retire Senator Feinstein and let the next generation take over and get to work.”

Emken has an uphill battle for this election. Feinstein is both better known and better funded. According to the Federal Elections Commissions records, Feinstein has raised $9.3 million with $7.4 million left as of March 31. Out of the 23 challengers vying for the Senate seat, Emken is the closest in regards to fundraising with $301,000 collected and $252,000 remaining.

As the election approaches, candidates have to contemplate California’s new primary system in which every candidate appears on the same ballot regardless of party affiliation. Only the first and second place finishers advance to the November general election, also regardless of party. Though Feinstein is expected to win first-place, debate still continues over who will take second. Emken, with her endorsements from the California Republican Party and the Republican National Hispanic Assembly of North Los Angles, the largest local Latino Republican group on California, is the likely challenger.

“American appreciates fairness,” said Emken. “It craves opportunity and it applauds courage. I look forward to going to Washington and providing all three.”