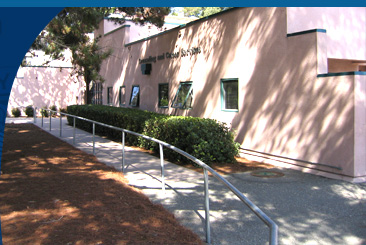 Today’s college students are arguably under the most strain and pressure of any generation. Unemployment is at 8.2 percent and for graduates with a bachelor’s degree, the number drops to a slightly more relaxing 7.7 percent. Jobs are hard to find, making the average bills hard to pay, but for college students, the stress of loans adds to the struggle. The average college grad has over $20,000 of debt and can spend the majority of their lifetime paying it off. By the time we’ve graduated, most of us have basically bought a car, some of us, a house. This coupled with grades, applying for grad school, jobs, homework, TAs, friends, Isla Vista, clubs, and parties-it’s amazing we’re not all a little bit crazy.

So the Santa Barbara campus seems to think the average college student can cope perfectly well on their own. Suicide is the second leading cause of death among students, second-why is it that the counseling services on the University of California only focus on accidents like overdoses and drinking and driving deaths? A study by the American College Counseling Association in 2012 found that 37.4 percent of college students that seek help have severe psychological problems and over 1,000 college students commit suicide each year.

Good luck getting an appointment on campus though. The psychologists and counselors are usually booked two to three weeks in advance and going in to the office doesn’t help. Even having college staff intervene hardly improves your chances. Freshman year, the RA of my dorm noticed that my friend wasn’t doing too well. Though naturally quiet, she’d begun to shut herself in her room and almost stopped talking altogether. He spoke with her about seeing a counselor. She agreed and he made the appointment.

A week later, she sat in the Counseling and Career Services building, silently listening to a psychologist explain that, no, they do not do long term counseling and they could send her to a therapist downtown if that would work for her. With no car, she’d have to take the bus both there and back and there was no guarantee the insurance her parents had would cover the cost. For a girl contemplating suicide, this all felt very impersonal and uncaring.

“We understand that you might be dead tomorrow, but we’re just too busy at the moment. Sorry.”

Eventually, she just nodded, left and learned to cope on her own, not necessarily any mentally better, but at least capable of functioning without the help of the university she was going into debt to attend.

This is not to say the counseling services aren’t a welcome benefit to the campus. They offer comfort and advice and are extremely helpful with issues that are quickly addressed. Break ups, stress about midterms and now finals, mild panic attacks can all find solace within those walls, so long as those issues can wait two to three weeks of course. Psychologists are busy people after all.

It’s the long-term issues I take offense at. Maybe some people came into UCSB with a perfectly stable mind, no past regrets or self-esteem issues or feelings of worthlessness, but I’m assuming most of us didn’t. Some of us cope better than others and for those who don’t cope well, college can be overwhelming and unsettling. For the University to not offer these people easy access to help is irresponsible. Suicidal people rarely actively seek help. They have to be found out and forced to speak most of the time. Telling them the help they need requires weeks of waitlists only to be told they need to go elsewhere, seek life-saving assistance somewhere else, makes it look like we as a collective really couldn’t care less about them.

Personally, I’ve already had too many friends leave UCSB because of mental health issues that weren’t addressed on campus. As for my freshman friend, I don’t see her much since we moved out of the dorm. You can still see the occasional cut hanging around her wrists and a bottle of anti-depressants dancing around her purse. She’s not better but she’s pretending. I guess she’s following the UCSB counseling motto: fake it ‘til you make it.