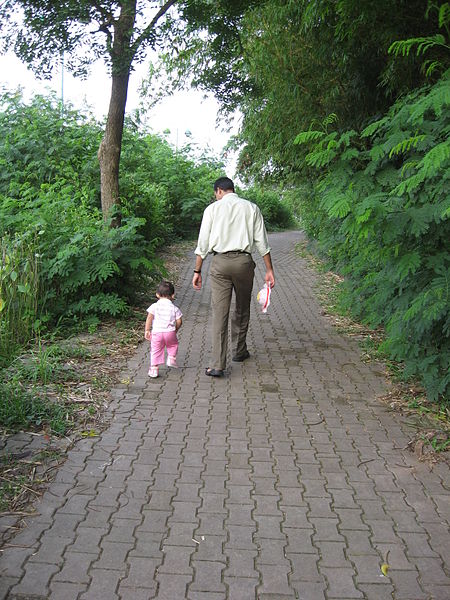 To a certain degree, bad parenting can be funny.

This isn’t something that most people will readily admit to strangers, but when giving an honest answer most of us can agree that in a messed-up way, less than stellar parenting is entertaining. Whether it’s seeing an especially cringe-worthy comment on someone’s Facebook page from their mom or dad or seeing the miserable-looking kids on leashes at Disneyland, this is one of those topics that is always good for a quick, if slightly guilt-ridden, laugh.

It’s easy to laugh at parents being idiotic or self-centered if it doesn’t actually harm the kid, or if the situation is very removed from real life: online humor sites and shows like “The Simpsons” or “Family Guy” are just a few examples of this. However, there are of course times when bad parenting stops being laughter-inducing and instead turns serious. As an example, if a small child were faced with real-life danger due to a parent’s mistake, no one would think it was funny.

A discussion on this exact topic led to a new idea: should there be some sort of mandatory class that people should have to take and pass before they become parents? Although it is an interesting concept, I’m not sure it’s a necessary one, or that it would do that much good.

For me, it’s not an issue of lack of sympathy- I feel as bad for kids with horrible parents as anyone else does. However, to start with, the argument can be made that no class could cover all of the different situations you might encounter as a parent. It’s true that there are some good general rules for raising children that everyone can benefit from, but it seems like a large part of what is required of parents depends on their specific situation. For example, if your child has special needs you’d go about raising him or her very differently than you would otherwise.

From observing my own parents as well as others, it’s become pretty clear that good parenting is something you can only accomplish through personal experience. Most people are naturally a little unsure at first, but as time goes on, they learn what to do. There aren’t any shortcuts in this area, or foolproof ways to ensure you’ll be a great mom or dad. Making people take a class on raising children before they can have any themselves might instead backfire, resulting in smug parents-to-be who mistakenly think they know everything.

Unfortunately, there are those who take bad parenting to a new level. Whether this is because they just don’t care what happens to their kids or because they are simply incapable of being responsible for others, there are, and always will be, people who aren’t equipped to raise kids.

For those of you who think that this is where a mandatory parenting class might be useful, I’m still not sure it would entirely solve the problem. Just as it’s difficult to tell if you’ll be a great parent before you actually have kids, there aren’t any clearly outlined ways to make sure that you won’t turn out to be a terrible parent either.

While a required parenting class is a good idea in theory, I have my doubts that it would actually accomplish anything. Parenting differs so much for each family, making it impossible to adequately prepare people for what to expect. First-time parents might go in with some questions, but these are things they can and will learn as their kids grow up. My own parents have admitted that when I was born, they weren’t entirely sure how to handle the task of raising children. However, they also said that in time they learned what to do. For them, and likely many others, the learning experience was incredibly valuable, and one that they wouldn’t ever exchange.