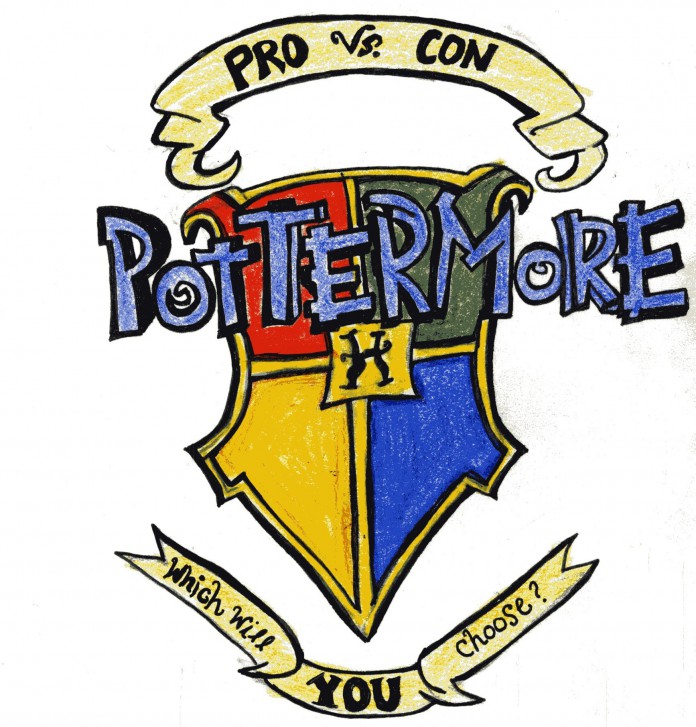 On your eleventh birthday were you one of the die-hard Harry Potter fans who broke into tears because you didn’t get your acceptance letter from Hogwarts School of Witchcraft and Wizardry? Have you ever imagined what life would be like if you were in Harry Potter’s wizarding world where broomsticks replaced cars, simple spells could fix broken arms and curses weren’t just words? Well now you can go behind the scenes of J.K. Rowling’s best-selling series “Harry Potter” and discover the inspiration behind the magic, and conduct an adventure of your own.

This brilliant new virtual world is called “Pottermore,” an interactive website that lets fans read over 18,000 words of special edition JK Rowling commentary as they embark on a journey through Harry’s world. I’m a huge “Harry Potter” fan and the extra insight is a fantastic way to get to know the characters even more.

The website isn’t just an extended Harry Potter novel, but also a game. Pottermore is a challenging quest with many tasks to complete in order to continue on “the path to greatness.” I love the fact that wizarding money is the governing point system and the games brought me back to the days of Neopets and Toontown.

Along the way I collected items for my trunk, bought a pet for Hogwarts and eventually earned (few) house points. I also selected a ginger tabby cat as my avatar that showcased my HP persona. Like the real Harry Potter, the sorting into houses is a selective process, once you are sorted into a house you can’t go back- yes, even if you get Slytherin (thanks a lot J.K. Rowling).

Before you get to Hogwarts you first enter Diagon Alley, only with the password of course. Once in you can choose from an array of shops straight from the novels. My personal favorite is Ollivander’s Wand Shop. As in the book, the wand actually chooses the wizard. My thirteen and three quarter inch redwood and unicorn hair wand indicates unique traits that make the experience more personal- apparently I’m strong willed and clever.

The site is geared towards the individual’s inclusion into an exclusive fantasy world that made my dreams into a reality. Once you’re in Pottermore, you’re a wizard, “Harry.”

For those who love a little house competition there are many ways to earn house points once in Hogwarts. While rival Slytherins and Gryffindors can often be seen battling it out in wizarding duels, (which are much more challenging than the simple wave of the wand you may think) the quick-thinking Hufflepuffs might lean towards completing the “mind boggling” challenges such as potion brewing. Even though potion making sounds complex I honestly like it more than duels, and for some reason it’s a lot easier too. But for the cunning Ravenclaws and quick-witted players, spells can be learned and applied in classes earning plenty of points and the chance to earn a glorifying house cup title for your house.

But the fun doesn’t stop there, and while this is an individual journey you can make new friends or add your own friends from Muggle world and play together, helping each other earn points and galleons. It’s a lot more interesting to compete against my friends and bragging rights are definitely available between serious competitors.

Pottermore is truly its own unique world, and offers a different kind of social interaction than the ever-popular Facebook. What better way to spend my time online than learning and participating in a world I fantasized about since cracking open “Harry Potter and the Sorcerer’s Stone?” Personally, I find Pottermore to be not just the newest internet craze, but a fantastic way to explore my own talents as a “witch.”

If you’re a diehard Harry Potter fan like me, you’re destined to love this site. When else are you going to get the chance to jinx your enemies, cast love potions on your crush, ride broomsticks during a Quidditch match, and learn more about the life of the famous Boy Who Lived?

So if you can still think back to those tears on your eleventh birthday with heartache, join the wizarding world of Pottermore and never face the humiliation of being called a Muggle again.