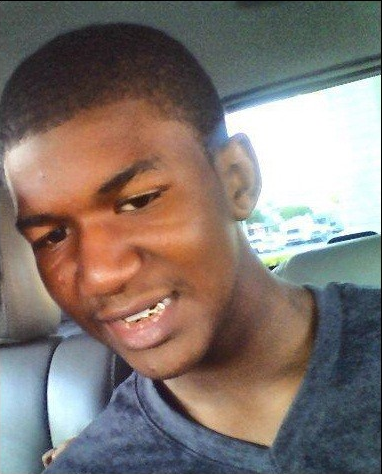 In every discussion-based class, there’s that one person who just doesn’t appear to be on the same page as the rest. They deviate from the topic. They have opinions everyone else simply shakes their head at. They’re loud. There’s something that just does not meld well with the overall consciousness of the class. My own experience with this situation happened last quarter where, during a discussion about the civil rights movement, the girl in front of me blazingly declared, “There’s no racism anymore though so why does it matter?” Insert exasperated sighs and eye-rolling here.

Initially, I chose to ignore her, pretend she was the rare exception to the rule and that most of humanity had come to recognize the ongoing, albeit less direct, instances of racism and prejudice. It may be illegal to racially profile someone as a criminal, but that doesn’t mean the rate of African-Americans arrested and imprisoned isn’t abnormally high. According to census data from 2000, the percent of blacks incarcerated in 20 states was at least five times higher than their share of the resident population. I’m assuming, for the majority of University of California Santa Barbara students, this isn’t surprising. Racism isn’t gone; it’s just sneakier.

The newest address of this problem comes from the shooting of Trayvon Martin in February, a case which has absorbed the news media, prompting protests and calls for justice across the country. The case is also having the expected consequences: an NPR article released April 6 states the “Opinion about the Trayvon Martin shooting is sharply divided by race,” and “A little more than half of the African-Americans polled said [George Zimmerman, Martin’s killer] was ‘definitely guilty,’ while only 15 percent of non-blacks shared the same opinion.” Racial division is alive and well after all. Who would have thought?

It’s not up to me, or anyone besides the jury, to decide if Zimmerman is actually guilty or not. If the Kony 2012 fiasco taught us anything, it’s that we should look deeper into something before dedicating our support to an idea or face the potential of being blatantly wrong and easily mislead. Maybe Zimmerman was being racist or maybe he overreacted. Until it goes to court, no one can truly know the outcome or even the majority of the facts and personal statements those involved hold.

People are quick to toss judgment. Do I believe killing Martin was the wrong thing to do? Yes. Do I believe Zimmerman should be punished prior to an honest and fair trial? No. The real horror in this case is honestly not Zimmerman. It’s the levels people had to go to before it received any attention.

Martin, according to an editorial by the president of the cable channel IFC, Evan Shapiro, was initially described as a “missing white girl” because it increased the likelihood of him being reported. As both white and female, I suppose I should find this information comforting. Should I ever disappear, it’s automatically assumed that my chances of survival are better than Hispanics, Blacks, Asians and any other minority’s. Worst part is, that’s probably true.

Instantly passing a guilty judgment on Zimmerman is no different than assuming a black teenager with a hoodie is a criminal worthy of being followed. Appearances have been and always will be deceiving. The way a person dresses, the way they wear their hair, their accent, none of these are justifiable means to measure a persons’ character. I chose to judge Zimmerman because of his decision to kill a person, not because of what drove that decision. I simply can’t know why he did it.

I can speculate, but that’s all, and personally, I’m glad the public’s speculation doesn’t decide a persons’ freedom.