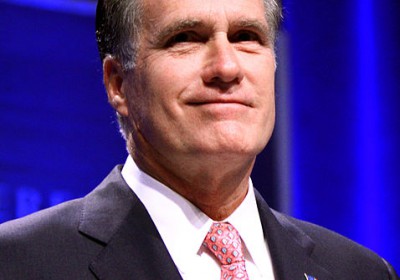 On Monday, former Massachusetts Governor Mitt Romney campaigned in Pennsylvania with Florida Senator Marco Rubio, and criticized President Obama’s record on a number of issues. The presidential candidate and presumptive Republican nominee met with the senator, whom many believe is on a short list of vice presidential running mates for Romney.

Rubio, 40, has on numerous occasions sworn that even if asked by Romney, he would turn down the opportunity to be vice president of the United States.

At an event outside Philadelphia, the pair hammered President Obama’s foreign policy, focusing in particular on his administration’s stance towards Iran. Romney has expressed dissatisfaction with what he has called president’s “mother, please” approach to sanctions at the international level. Particularly during televised debates, Romney has stated that the United States should take a more unilateral approach to sanctioning the Iranian regime.

At Monday’s event, Romney promised to use the threat of American military force as leverage over Iran in nuclear negotiations. In one Republican debate, Romney said, “If we re-elect Barack Obama, Iran will have a nuclear weapon. And if we elect Mitt Romney, if you elect me as the next president, they will not have a nuclear weapon.”

According to polls by ABC News and Washington Post, foreign policy has been one of Obama’s strong points with voters over Romney, leading the Republican candidate with 53 percent favorability to Romney’s 36 percent.

Romney has been loathe to expound upon foreign policy issues outside of Iran during the campaign, but some strategists and pundits such as former U.S. Ambassador to the United Nations John Bolton have wondered if a Romney campaign might bring back many of former President Bush’s policies. When in late May reporters overheard Obama advising Russian President Dmitry Medvedev that he would “be more flexible” after his election, Romney blasted Obama for conceding to the United States’ “number one geopolitical threat.”

Romney also expressed support for Rubio’s immigration proposals. He said he was willing to consider Rubio’s plan to allow people brought to the United States as young children to stay if they are enrolled in school or the military. The position has been unpopular among many conservative voters, and indicates a centrist approach on immigration policy by Romney, according to Fox News Latino.

During a stop at a gas and coal firm in Pennsylvania, Romney also criticized President Obama for his disapproval of off-shore drilling for oil. Romney hit on proven reserves existing off the coasts of the Gulf of Mexico, Alaska and California as examples of measures Obama would not take to reduce the cost of gasoline. For weeks, Republicans have chided Obama for allowing gas prices to rise during the recession, and responded negatively to his proposal to curb the influence of price speculators in the oil market. Romney also claimed that Obama would be responsible for ballooning energy costs if he did not reverse his policies toward resources such as natural gas fracking and coal. Pennsylvania, the first state in which crude oil was discovered and produced for commercial purposes, has recently become a prominent battleground in the debate over natural gas.

A procedure for extracting natural gas called hydraulic fracturing, or “fracking”, has caused controversy among energy experts. Burning natural gas results in fewer greenhouse gases than burning oil, is in much more abundant supply and is readily available in the United States. Environmentalists, however, have expressed concern about pollution caused by the extraction process, which includes contaminating water in order to retrieve the gas from underground rock formations. The Obama administration has expressed support for the energy source, but has yet to promote federal grants or subsidies for any producers of the gas.