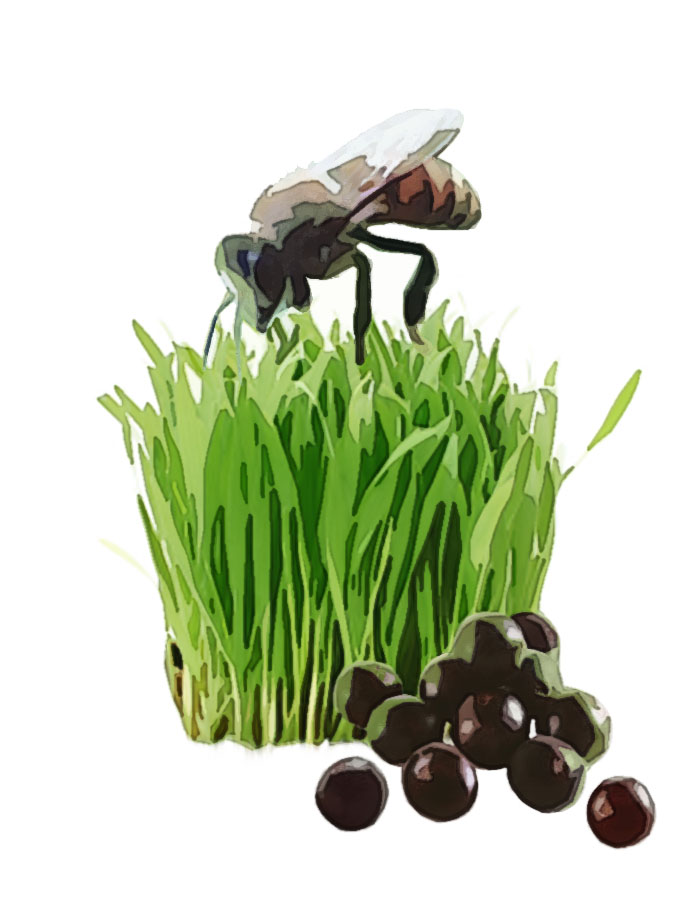 In recent years, the popularity of so-called “superfoods” has skyrocketed. But is this hype truly deserved? Below is a list of some of the most common and consumed superfoods.

What it is:
A member of the family Poaceae, wheatgrass is a plant found commonly in the United States and Europe that can be grown indoors or outdoors and is considered a dietary supplement.

It’s Good For You! Fact or Myth?
Claims have been made wheatgrass does everything from strengthening the immune system to cure the common cold to shrink cancer tumors. The truth is, it might be good for you. There are no definitive clinical trials that prove wheatgrass is good for one’s health, with the exception of the Wheat Grass– Ulcerative Colitis Study. A very small double-blind placebo-controlled trial of 23 patients published in the Scandinavian journal Gastroenterol indicated wheatgrass might be good for the bowel problem colitis. Conversely, there are also no studies that show it is bad for you. In fact, wheatgrass is a strong source of vitamins and minerals, so it couldn’t hurt to add a shot to your dietary regime.

Taste Test:
Go outside, pick a few blades of grass, chew. That is what wheatgrass tastes like. If you are a proponent of wheatgrass but don’t like its potent grassy taste, it’s common to blend it into smoothies. Nina Soleimani, a Santa Barbara City College student who works at Blenders in Isla Vista, says wheatgrass is a popular menu item and the store carries pamphlets with additional nutritional information available.

What it is:
The açaí fruit is a small, round, purple-black berry produced by the açaí palm native to Central and South America. It is most usually consumed in both berry and juice form and is a common ingredient in smoothies and breakfast bowls.

It’s Good For You! Fact or Myth?
Fact, açaí is good for you. Açaí is known for its strong antioxidant properties, in particular the antioxidants anthocyanins and flavonoids. Antioxidants play a strong role in the body’s cell protection system by neutralizing free radicals. This neutralization interferes with aging and disease forming processes (most notably heart disease and cancer). There is, however, little scientific evidence that açaí promotes weight loss as some people claim.

Taste Test:
Imagine what a cross between raspberry, blueberry, pomegranate and chocolate would taste like- that’s one way to describe the flavor of açaí. It’s been theorized that the chocolate flavor comes from polyphenols in the berry, the same substance present in abundance in cocoa beans. John Schroeder, a third-year art major who works at Silvergreens in Isla Vista, says açaí bowls are “one of the most popular breakfast menu items and we serve it all day.”

What it is:
Kale, also known as borecole, is a form of cabbage.

It’s Good For You! Fact or Myth?
Complete fact. One cup of kale contains 36 calories, 5 grams of fiber, 15 percent of the daily requirement of calcium and vitamin B6 (pyridoxine), 40 percent of magnesium, 180 percent of Vitamin A, 200 percent of Vitamin C and 1,020 percent of Vitamin K and is good source of copper, potassium, iron, manganese and phosphorus as well. It also contains lutein and zeaxanthin compounds, which promote eye health and is calciferous, meaning it prevents cancer.

Taste Test:
Kale has a lovely mild flavor that can be a little bit bitter, or even citrus-like. It is a very sturdy plant that doesn’t wilt much when cooked, and makes a great side dish.

What it is:
Kombucha is a type of mushroom from which cultures are derived to make a type of fermented tea. The tea is made from cultures of bacteria, yeast, tea, sugar and water.

It’s Good For You! Fact or Myth?
There is very little scientific evidence to support claims that Kombucha is good for you; in fact, there have been reports of negative health effects due to allergic reactions. If brewed in ceramic pots, there is also a chance of contracting lead poisoning. However, some health benefits could come from it being fermented as fermented foods improve the efficiency of the digestive system and boost immunity.

Taste Test:
The taste varies depending on fermentation duration and can range from mild to a strongly vinegar taste. Milder Kombucha is sweeter and fruit juices can be added to cut the flavor.

What it is:
Royal jelly is a milky secretion found on the head glands of worker bees. Bee pollen is the substance collected by bees from flowering plants and formed into granules. Propolis is the substance bees use to coat their hives with. Now, before you go, “Eww, gross!” remember that delicious honey is flower nectar that has been swallowed, stored in the stomach of bees and then regurgitated.

It’s Good For You! Fact or Myth?
Simply put, bee superfoods are very good for you.

Royal jelly contains every nutrient necessary to support life and is the world’s richest source of Vitamin B5 (pantothenic acid), which supports healthy skin and hair and combats stress, fatigue, and insomnia. It also contains Vitamins A, B, C, D and E, 20 amino acids, essential fatty acids, phosphorous compounds, nucleic acids and acetylcholine (a key substance in healthy brain to nerve activity). Also consider that queen bees survive exclusively on royal jelly (hence the name) and live about 40 times longer than the other bees.

Bee pollen is the most complete food found in nature, containing up to seven times more protein than beef. It also fights allergies (especially hay fever and sinusitis), prevents aging and can enhance physical and mental performance.

Propolis has powerful antibiotic properties for humans, which isn’t surprising considering that beehives have been deemed the most antiseptic spaces in nature. It also works against viruses, something even antibiotics can’t do. Antibiotics basically kill bad bacteria, but since a virus is not alive, it can’t be killed.

Taste Test:
Its sour and unappealing taste doesn’t win royal jelly any prizes in the taste department; however, the flavor can be easily masked if it is mixed in with other foods. Bee pollen is crunchy and bittersweet and is often described as being an acquired taste. It is best added to other foods. Propolis doesn’t taste good, point blank. Disguise its flavor with other strong and delicious foods that overpower the taste.

It should also be noted everyone has unique dietary needs and food allergies. Before introducing any superfood to your diet, consult a medical professional prior or, at the very least, integrate the new food into your diet slowly.