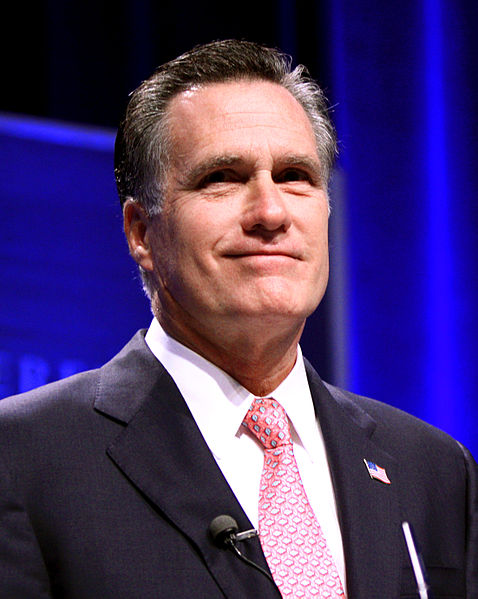 On Monday, Romney announced that he had appointed Beth Myers to head his search committee for a vice presidential candidate. Myers was Romney’s chief of staff during his term as governor of Massachusetts, and was a senior advisor on both of Romney’s presidential campaigns. Political pundits have debated since last week about who Romney may choose as his running mate, and while the candidate has admitted that he has “someone in mind,” he has remained tight-lipped about the announcement’s specifics.

Vice presidential candidates, who are often chosen for their ability to complement the policies of the presidential candidate, also allow for the primary candidate to take aim at typically non-supportive groups. John F. Kennedy chose Lyndon Johnson as his candidate for his ability to attract conservatives in the South as well as Republicans nationwide. Barack Obama’s selection of Joe Biden in 2008 was seen by many as an attempt to gather support among Catholics, a group traditionally concerned with conservative social values that Democrats often avoid.

Among the names thrown around by experts and national media reporters has been that of Florida Senator Marco Rubio. As one of only two Latinos in the United States Senate, Rubio has become a favorite among Republican political commentators for his potential appeal to Latino voters, a group that has historically been opposed to the party’s tough policies on issues such as immigration and affirmative action.

The son of Cuban immigrants, Rubio was elected to the Senate in 2010 with the support of the Tea Party, and has defended laws often opposed by Latino advocates. Rubio has stated his support for Arizona’s controversial law, SB 1070, which allows Arizona police to stop people they suspect of not possessing documentation that can prove they’re legal residence in the United States. Rubio has also said he opposes the DREAM Act, which would allow children brought to the United States illegally to gain citizenship if they complete a college degree or serve in the military. Nonetheless, Rubio has been touted by conservatives such as Jeb Bush as a “great potential candidate” for the vice presidency. As late as last Friday, according to the Los Angeles Times, Rubio has himself stated that he will “absolutely not be the vice president” for Mitt Romney.

Mitt Romney’s campaign has also begun to confront a pressing issue for the candidate: his personal unpopularity with voters. According to a poll released by ABC News and the Washington Post on Monday, only 35 percent of Americans view Romney favorably while 56 percent see Barack Obama favorably. While the poll numbers do not reflect the public’s views on Romney’s proposed policies, the numbers do highlight an issue for the candidate who has been characterized in the national media as awkward and unable to reach voters. The poll also showed a gender gap between the two candidates, with 27 percent of women seeing Romney favorably as opposed to 44 percent of men. The Obama re-election campaign has also done its part to portray Romney as part of a class of super-rich Americans paying unfairly low tax rates. On Sunday, Jim Messina, Obama’s 2012 campaign manager, sent an email to supporters asking them to “compare your tax rate to Mitt Romney,” and pushing the President’s Buffett Plan policy, which would increase tax rates on the United States’ top income earners.