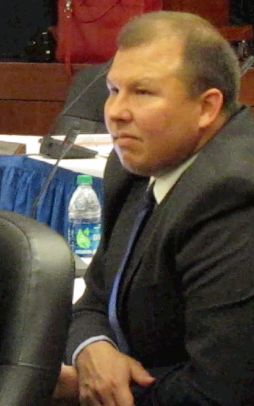 Once Regent Sherry Lansing officially called the University of California Regents meeting back to order at 9:55 a.m., following the disruption and arrests of audience members and protesters during the public comment period. The discussion turned towards alternative revenue sources and funding efforts for the UC system.

Nathan Brostrom, UC executive vice president for Business Operations, reported in his presentation for the Committee on Educational Policy an increase of $250 million in private support and donations to the UC system during the 2010-2011 fiscal year, while business partnerships and corporations have given $270 million for UC scholarships, an 8 percent increase. However, Lieutenant Governor Gavin Newsom asked for a more specific report regarding corporate contributions to be complied in the future.

“Is it possible to put together a report on corporate contributions over the last few decades?” Newsom asked. “I would love to see where the trend line is not just in raw dollars but overall funding.”

Regent Lansing commented on how crucial it is for regents to become more actively involved in figuring out who they know in corporations to ask for funding for the UC system.

“We have never as a board been an activist in raising money, this really is a first for us,” said Lansing. “But obviously with the billion-dollar cut we’re facing, this is something we need to make part of our culture, and this is really just the beginning, we have a long way to go.”

Student Regent Alfredo Mireles Jr. also asked if there were any further details that could be shared about unrestricted funding and access to scholarships for students who may not meet standard financial aid requirements, particularly students of the middle class.

“The trend is virtually unchanged, it’s about 2 percent over the last decade,” Lenz stated. “This is actually not unique to the state of California, our 2 percent figure is higher than most public universities across the country.”

Conversation shifted towards UC efforts to develop a stronger online presence, while utilizing electronic advocacy to increase fundraising efforts. Regent Bonnie Reiss asked the Committee on Educational Policy how the story and message of the UC system would be developed and told online, while Regent Frederick Ruiz and Mireles commended the collaborative efforts of students and faculty across UC campuses for their own innovative advocacy efforts.